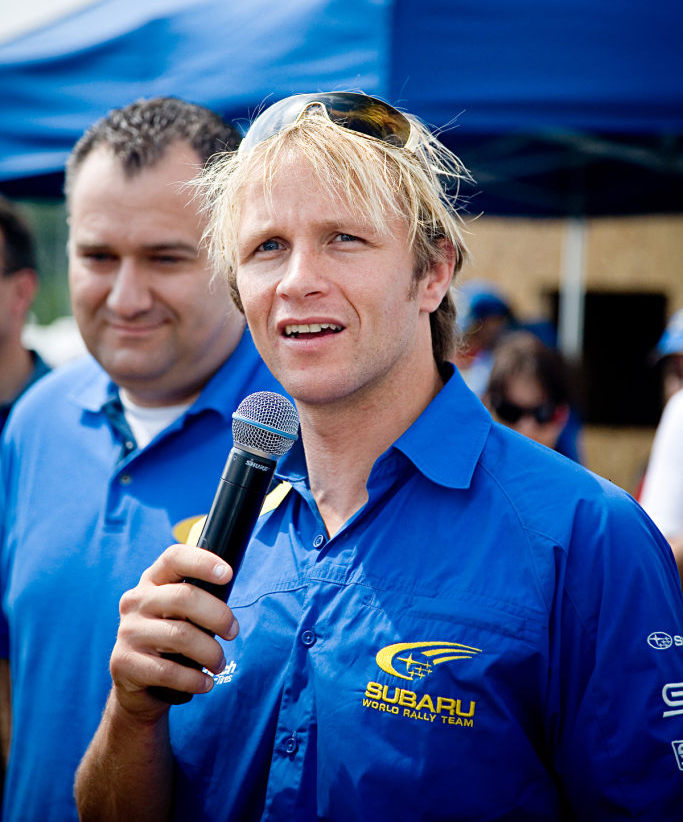 This was Peter Solberg's first visit to Ford's WRC base in Cumbria since 2000. After running for Ford in the World Rally Championship in 1999 and part of 2000 season, he then made the switch to the Subaru World Rally Team, where he spent 8 years.

"It was good to go back there, it was good to see there is such a good atmosphere around the place and such a lot of good equipment", said the Norwegian. Its seems Solberg rather enjoyed his visit in Cumbria and added: "M-Sport is a very impressive place. I had a long talk with Malcolm, we talked more than we had before. It was good to do this. We talked about the early days and we had a nice conversation. It was very nice to be back."

This year Solberg drives in the Word Rally Championship with his own team, the Petter Solberg World Rally Team and competes on a 2005 spec Citroen Xsara WRC car. While it is believed he hadn't tested the Ford rally car yet and he decline to comment about a test with the Ford car in the near future, the Norwegian has tested the Citroen C4 WRC and had discussions with Olivier Quesnel from the French rally team.

"No decisions have been taken yet. We will have to wait and see later this week what we do for the rest of the year", concluded Peter Solberg.