1 Solar-Powered Aptera Might Be Small but, by Jove, It Will Be Practical

Easily one of the most promising upcoming electric vehicles is the three-wheeled Aptera from Aptera Motors. It is the second time the Aptera is trying to come to market, with everyone onboard spending the years in between the two attempts perfecting what has been called the world’s most efficient vehicle.
9 photos

Aptera is an sEV, a solar-powered electric vehicle, and it boasts a per-charge range of more than 1,000 miles (1,609 km). The pre-order books opened last December, with CTO Nathan Armstrong promising that the first delivery date for January 2022 sticks. He believes they will head into full production by June of next year.

Armstrong chatted for nearly two hours with the Denver Electric Vehicle Council, taking questions from backers and potential customers as well (hat tip to InsideEVs). You can see part one of the chat in the video below; make sure to skip some 6 minutes right at the beginning while everyone’s getting set up.

Aptera Motors has learned from past mistakes and is now clearly trying to make the entire development process as transparent as possible. Armstrong, a former aircraft engineer that turned his attention to the automotive realm and EVs, helps with that.

Among the topics discussed in the video below are Aptera’s 0 to 60 mph (96 kph) acceleration time in under 3 seconds, and a claimed ability to float. That doesn’t mean that you will be able to use it as a powerboat, but it does mean you’d be temporarily safe in case of a flood.

Armstrong also answers the most common questions about the sEV, including why the 3-wheel configuration (because they wanted to create the most efficient vehicle possible) and where the 1,000-mile (1,609-km) range comes from (it’s due to the light weight of the vehicle and aerodynamic-efficient design). He also discusses safety features, including how Aptera will have seatbelts and airbags, and a monocoque that’s both durable (it will last a lifetime) and strong in case of an impact. The Aptera will be “more like a race car kind of vehicle,” Armstrong says.

To boot, it will be made with biodegradable materials, will allow for upgrades and repairs by the owner, and will have seats comfortable for long-distance drives.

To longtime Aptera supporters, these are probably known facts. But if you’re new to Aptera and would like to find out more, spare a couple of hours to watch the recording of the entire chat. 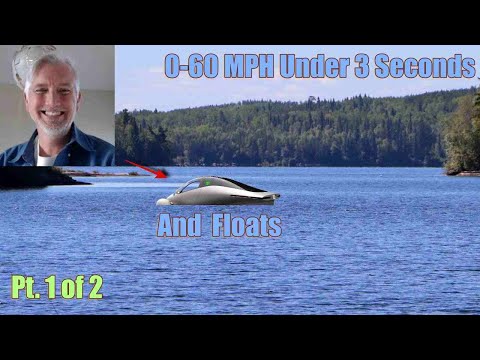