1 Road Traffic History - Before the Streets Got Swamped

3 The Channel Tunnel - Traveling Under the Sea

With the mass usage of electric vehicles just around the corner, a bitter dispute began between those claiming that EVs are emission-free vehicles and others who say that as long as they use fossil fuel-generated electricity, EVs will still be big pollutants. There's no middle ground where the two sides could meet and, truth be told, it's not our place to take sides either. Yet, someone is already thinking of ending the dispute by offering an alternative solution to fossil fuel-generated electricity for EVs and, for that matter, an alternative to existing vehicles altogether. A result of lateral thinking, if you like, the so called solar highways are one way to look for a solution to the pollution problem. Instead of trying to find ways to develop vehicles with zero emissions, some groups are currently trying to create a way in which vehicles could use a virtually endless supply of energy: the sun. CONCEPT 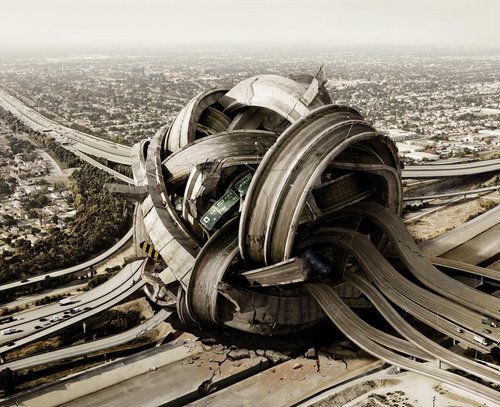 One of the companies which signed up for the challenge is Solar Roadways, a group of people with a clearly defined goal: cover all concrete and asphalt surfaces that are exposed to the sun and used for motoring with solar panels. Wacky as it may sound, the idea, if it finds enough understanding to make it into production, might revolutionize the automotive industry as we know it.

Solar Roadways plans to take things slowly though and experiment their idea in small areas at first. The company plans to fit solar panels on driveways, bike paths, patios, sidewalks, parking lots and other similar areas which do not necessarily constitute public roads. After learning all they need to learn, Solar Roadways will move on to pave the roads and the way to a literally brighter future with solar panels.

The future solar roads will look completely different than the ones we see today. They will be, if you like, intelligent roads, capable of interacting with the cars and drivers which travel on them, capable of influencing the traffic and even capable of catching criminals.

The idea is not only to recharge the electric vehicles, but actually recharging them on the go. By using wireless charging, the road will be able to send the required electricity to the vehicles' batteries, eliminating the need for recharging stops and transforming EVs into more desirable cars. 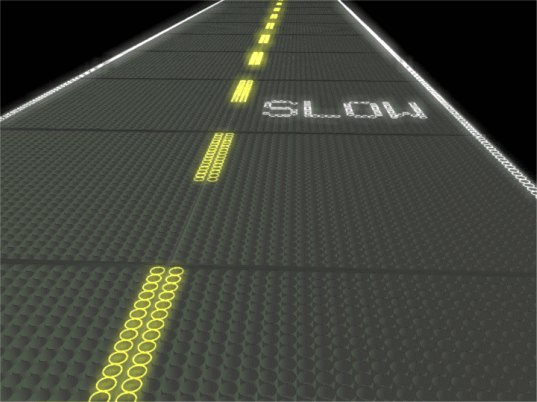 The road itself would be capable of performing some neat tricks too. It can be used as a giant screen, relaying information to motorists regarding road conditions, congestion and so on. It can also act as a huge road sign and direct the driver around a traffic jam. The GPS system as we know it might no longer be an in-car screen, but a huge arrow on the road, in front of the car, which moves with it and directs the driver to the desired location.

Even more astonishing, a solar-panel road can detect drivers who misbehave. For instance, the road will be capable of drawing a circle of LEDs around the vehicle that brakes the law and accompany it for as long as it's on the road, signaling to the other drivers “be aware of this one.”

The solar panels fitted onto the road would be each equipped with a microprocessor board which would allow them to perform all these tasks. They would also contain information about each of the panels. Besides providing data about damages and other information, the processors' Radio Frequency Identification tags could be used to track vehicles as well. PROTOTYPE
Any big endeavor has to start somewhere and so does this one. The team behind the project has already finished a prototype in February, the first part, if you like, of the solar highway. The team covered a 12-ft by 12-ft surface (3.66 m by 3.66 m) with polycarbonate. The prototype has been built and tested indoors and was only meant to showcase how different components work together. It worked and gave birth to the first numbers which will back the project. Those numbers, a whole bunch of them actually, can be found at this link.

The prototype has been built to resemble the future solar highway surface. Of course, when we heard of this concept, we too asked ourselves a lot of questions, but the first one which popped to mind was: how would the road cope with the weight of the traffic. Here's how.

Each solar panel will be made of three separate layers, each with its own characteristics and purpose. The first layer, the one we see and on which cars travel on is called Road Surface Layer. It is made of high-strength materials, making it capable of withstanding the weight of the traffic. Because it is translucent, it allows sunlight to pass and reach the solar collector cells. The first layer is also fitted with LEDs and is water proof.

The second layer is called Electronics Layer and it's made of a microprocessor board with support circuitry. It supports lighting, communications, monitoring and just about everything the road needs to perform the amazing tasks we mentioned above.

The last layer is the Base Plate Layer, the one which distributes the energy collected by the Road Surface Layer. It is also waterproof to prevent water from getting in from underneath.HOW WOULD A SOLAR HIGHWAY REALLY LOOK LIKE
The stated goal of Solar Roadways is to cover the entire road network in the US with solar panels, but we shouldn't take this literally. There are about a gazillion reasons which such a solution will not work, so imagining a network of roads covered in solar panels might be a bit of a stretch. Truth be told, the solar roads described above, despite being the goal of this entire project, has applications which may be well beyond the century we live in, given it's scale, requirements and vision.

Solar Roadways has however another solution at its disposal. It can fit just about every rest stop, gas station, roadside store and such with solar panels in the parking lots. The millions of EVs which are expected to hit American roads in the future would only have to be left in the parking lot and charge for themselves while the owner is out doing whatever. 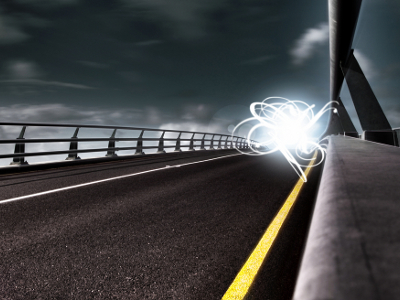 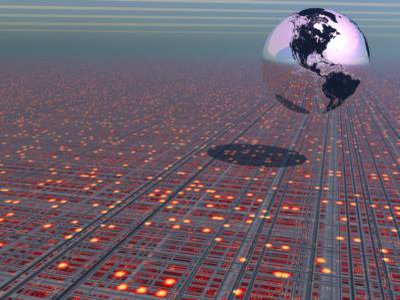 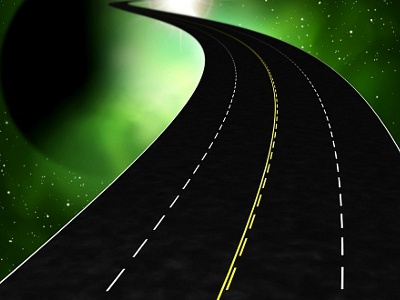 The term solar highway might be used to describe the traffic light signs, who can also be made to work with solar power. Being virtually free to operate, solar traffic signs may be used to direct traffic, relay information to the drivers and so on.

This would be a much simpler, cheaper and equally as effective way to implement solar-panels into the existing infrastructure.