4 1963 Chevrolet Impala Lowrider Is a Hopping Hot Rod, Rides on Three Wheels Too

When I was growing up in Chi-Town, lowrider bikes were a common sight on nearly every street corner. Today, they seem to be a sort of unicorn, hiding in the hands of some celebrities. One of those celebrities is Snoop Dogg.

When I first thought about writing an article about lowrider culture, I never thought I would end up here. I was planning on composing a piece about one of the few remaining manufacturers of this style of bike, Lowrider Bicycle Company, and on their Facebook page, I ran across the video below of Snoop rolling around on a lowrider. While this is nothing out of the ordinary for the famed Dogg, even showcasing one in the original "Drop It Like It's Hot" video, the bike in question today had a microwave strapped to the rear axle. What the heck is that all about? Well, time to find out.

To understand more about what's happening here, we have to visit 2004. That year, Snoop D. O. Double G, featuring Pharrell, released a sound damn catchy it would be identifiable within the first three seconds of it hitting your eardrums, "Drop It Like It's Hot." Even now, 18 years later, I'm listening to the song, and as I write these words, I unconsciously start to bob my head.

Years later, in 2012, Snoop Dogg did a parody video where he redelivered the lyrics to "Drop It Like It's Hot" in an adaptation. It was one aimed at a particular product that most of us have enjoyed, Hot Pockets, with the title ending up being "Pocket Like It's Hot." This explains the microwave mounted to the rear of the bike.

While I won't be talking too much about Hot Pockets and the parody displayed below, I do have to mention that it is, in all its splendor, an entire melody, with full lyrics and even featuring other artists and some random kid. That "random kid" is comedian, rapper, and writer Andy Milonakis. Another face that pops into view is DeStorm Power, dubbed "Hot Cheese" in the video. Things don't end there either, as Snoop has completed other pieces for Hot Pockets, but I'll let you dive deeper for those.

Back to the bike, it's said that lowriders caught on in equal rhythm with an expanding lowrider car culture. Even though lowriders trace their history back to the 1940s, most attribute the expansion of this style to George Barris during the 60s.

From there, it was in children's eyes that these bikes took off. What are kids that don't have any money to buy a car going to do? They're going to mimic cars with the one ride they do have, bicycles. And just like that, a movement that's still alive today was born.

Suppose you're not familiar with this cycling culture. In that case, some of the iconic features that tell you it's a lowrider are clean whitewall tires with spoke, fenders, and high-rise handlebars, some leaning forward or backward, depending on how big of a hunched back you want to display.

Another feature of these bikes is the use of twisted tubes, or in most cases, square steel bars meant to give off a candy cane look. Most bikes include this feature in the handlebar construction, but some craftsmen create entire frames like this. The seat also tells you it's a lowrider.

Some creators go as far as adding suspension systems to their machines, usually in the shape of springs to soften bumps handled by the front wheel. Some also feature a rear suspension; it depends on how much money was in that kid's piggy bank.

As for the bike that Snoop is using to rock that flaming red microwave with his favorite "Pocket" inside, it's a style of lowriders that's based on a trike design. This style reveals one wheel at the front and two at the rear and is no less flashy than its two-wheeled brethren.

If you happen to look closely at the microwave, it even has speakers built into the side. The bike features a red tube frame, spokes wheels, fenders, and twisted handlebars are in place too. Looks like Snoop enjoys an arched back because the bars are leaning forwards for sure.

I think lowrider bikes are a trend we need to bring back. After all, hanging out in the parking lot, showing off your freshest creation, and hangin' with the crew, are things that will always make use feel part of a bigger picture. 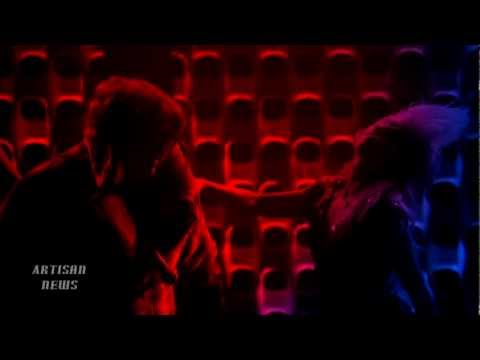