5 With a Name Like Burger 50, You Bet This American Luxury Yacht Comes With a BBQ
Car video reviews:
Coverstory

The Fort Lauderdale International Boat show is coming up during the month of October. This is one of those places where you can expect to see all sorts of boats, yachts, and superyachts that boast the peak of current technology and style. One such vessel is the 35R motor-yacht from Ocean Alexander.

Since 1977, Alex Chueh, founder of Ocean Alexander, broke into an industry with ships that have been loved and appreciated since the very first one ever launched. Like most companies, growth was on this boatbuilder’s mind and in 2005 launched their first over 100-foot yacht, securing their place among boat shows around the world.

The upcoming vessel does feature a length of 116.8 feet (35.6 meters), but in comparison to other yachts this size, through an ingenious use of space, the ship can accommodate quite the number of guests in absolute luxury and relaxation.

On the outside, the 35R boasts extensive use of glass. This is done in order to offer natural lighting to as much interior space as possible. From the lowest deck to the main deck and the sky deck, panel after panel of glass also allow guests to enjoy a view of the outside world.

As for things to do while out and about on the deck, classic lounging and relaxing in the sun are the main activities to be enjoyed here. At the bow of the ship, a large forward lounge allows guests to be seen rolling into port in style. Mid-ship, the sky deck presents itself with an aft sunbed, while a bar and two lateral lounges create a place to relax in the shade. There’s also a jacuzzi on this deck.

Aft on the bridge deck, al fresco dining is found aft, and the above-mentioned forward lounge. But the real attraction is offered on the main deck with a massive rear-facing lounge bed, while lateral staircases lead to the beach deck below.

One neat feature of the beach deck is the garage door. While it normally sits closed and protecting a hidden lounge, once lowered to reveal the space inside, the door also works to extend the beach deck even more, creating a platform on which to set toys and/or lounge around. Why not dive off it?

Inside the ship, spaces are adorned with leather and fabric seating, wood or carpet flooring, in some cases marble, and semiprecious metals help balance the selected materials. White, cream, and grey tones yield a rather neutral space that isn’t too hard on the eyes.

Furniture includes rounded edges, indicative that a boat-builder and design team know what they’re doing, LED lighting helps brighten the space once the sun has set, and those massive windows I mentioned appear available to nearly every stateroom. Marble, porcelain, and glass-filled bathrooms offer a feel as though you’re stepping into a spa center. Funny enough, there is a real spa center on the craft, equipped with some gym equipment too.

For bedding accommodations, the owner’s suite is found sitting forward on the main deck with large lateral views and an en-suite bathroom at the bow of the ship. The rest of this deck is used only for social spaces, but the remainder of guests will be accommodated on the deck below via four other suites. The rest of the lower deck is reserved for crew quarters, a few quaint lounges, and the spa, gym, and beach deck garage I mentioned.

So far, pricing hasn’t yet been announced for the 35R, but similar yachts from this yachting team start at around $14 million (€12.2 million at current exchange rates). Seeing as how this beauty is meant to showcase the freshest of the fresh and best of the best, you can expect to pay a bit more than that.

Maybe Ocean Alexander shocks the world and puts this vessel out for only $10 million (€8.6 million at current exchange rates). If that’s the case, by the time you’re done building your dream yacht, you won’t be looking at a $10 million-dollar vessel anymore, but hey, it’s not every day you buy a yacht, might as well go all out. 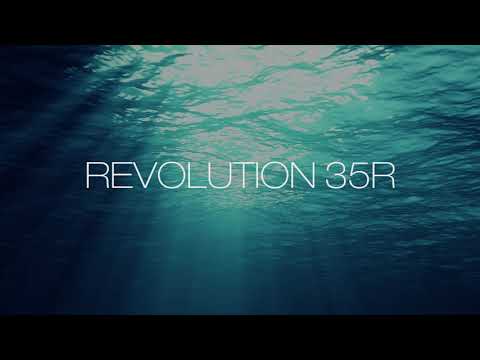 HovBeta 2.0 Aims To Be Your Winter-Ready E-Bike With Power and a Reasonable Price Tag

Meet the Blob vB3, a Mobile Home With Endless Functionality Under That Egg-Shaped ExteriorSee all coverstories