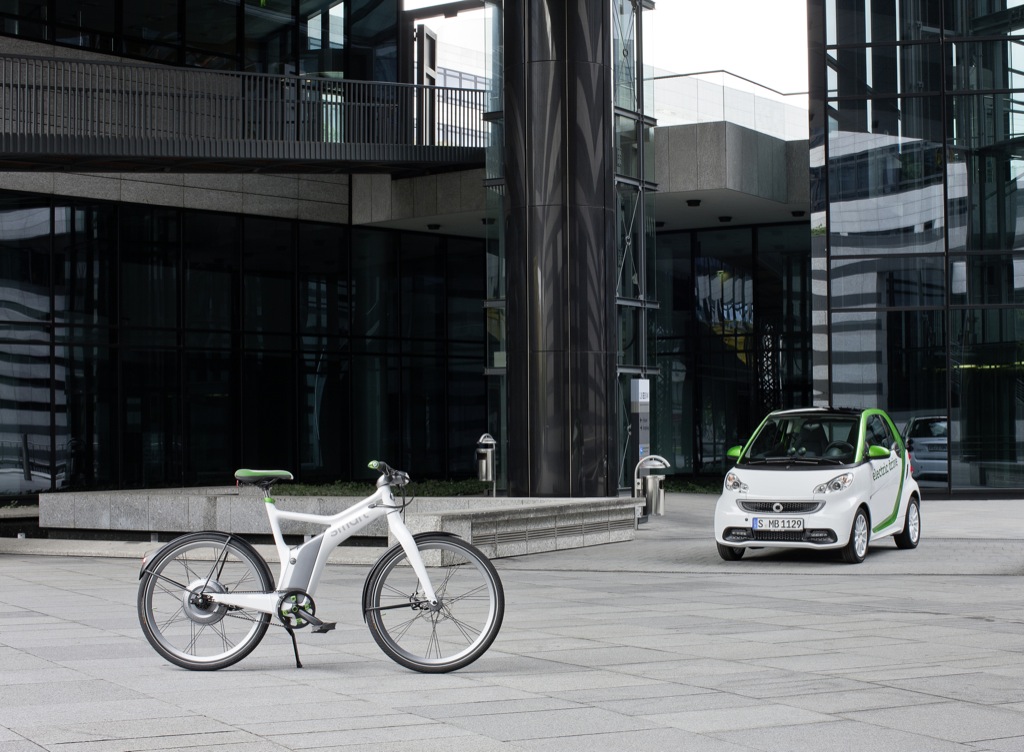 While working hard on the third generation smart fortwo electric, the German auto brand is also focusing on green mobility on just two wheels. This is why the company decided to make the smart ebike available from as early as next year, with initial markets to comprise those from Europe and North America.

The ebike’s main components such as the frame, battery housing, handlebars, lights or mudguards have been designed and developed specifically for smart.

The two-material and two-color concept is also typically smart. The plastic battery housing forms a striking contrast to the aluminium frame of the smart ebike and the dynamic look is rounded off by 26 inch wheels. The headlamp and rear light feature LED technology.

The smart ebike weighs 22 kg, and has a range per battery charge of 30, 50, 70 or 90 kilometres. The gear ratio is automatically adjusted in two levels depending on the speed, while the maximum speed depends on the terrain and rider energy.

It also features state-of-the-art infotainment: a USB interface is a standard feature and enables various mobile end devices to be connected with the help of a versatile cradle. There are even plans to develop a special app for the iPhone which would allow smart ebike riders to use their iPhone as an information centre, for example to call up information on the charging status and range.

“The smart ebike is a true smart – but on two wheels. It's not just an extremely well designed bicycle that is sure to draw admiring glances in the city – it's also really practical and child's play to ride. Anyone can zip through town on it with or without exerting themselves – depending on their fitness level and as the mood takes them. And it's even easier to find a parking space than with the smart fortwo," said smart CEO Dr. Annette Winkler.