1 The Messerschmidt-Sounding SLS AMG is Back

4 Watch a Couple of SLS AMGs Punish Their Rear Tires

The Mercedes-Benz SLS AMG, along with all its variants, will remain in the modern history of cars as one of the last four-wheeled bastions of old-school V8 power.
1 photo
Its M159 engine is arguably the greatest-sounding V8 in recent years, and the following video by Totalrevs Supercars is perfect proof of that.

Of course, some may argue that the modern Gullwing bellow is cheating by also sporting a more free-flowing Supersprint exhaust, but as far as we can tell only the amount of loudness has changed, with the stock roar of the exhaust having been kept intact.

With at least 571 hp and 650 Nm (479 lb ft) of torque at its disposal in the most “basic” version, the SLS AMG no only sounds like a World War Two fighter plane but also charges like one.

Sadly, the M156/M159 family of naturally-aspirated, 6.2-liter V8 engines is going way in 2014, with AMG replacing them with a newly-developed, twin-turbocharged, four-liter V8. If it will sound at least half as good as this, we'll be happy. 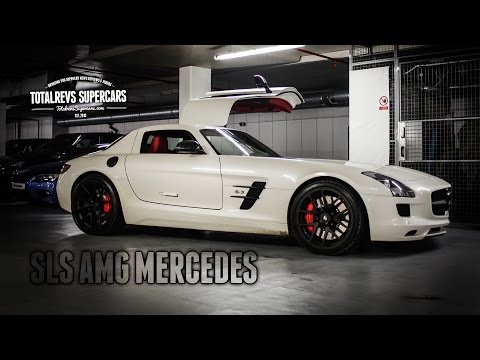