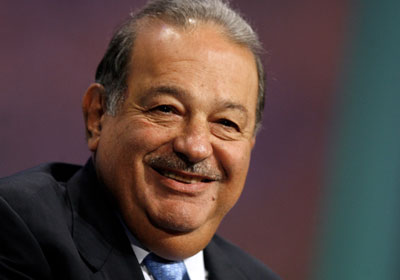 Nothing is yet official, but it seems that Mexican billionaire is the lucky owner of Honda's F1 team. The man in charge of 73% of all communication networks in South America – through Telmex – has allegedly made an offer to purchase the Brackley-based team Nick Fry and Ross Brawn couldn't refuse. The information was made public by Italian newspaper La Stampa earlier today.

Although neither Slim nor the team's officials have officially announced the buyout, it's rumored that the Mexican businessman – second richest in the world following the latest Forbes inquiry, surpassed only by Warren Buffett – has agreed to secure the team's funding for at least one season. Also, Slim has allegedly asked for Jenson Button and GP2 driver Bruno Senna to start as leading drivers in 2009, as Rubens Barrichello's contract will not be extended for another season.

The 67-year old businessman was seen visiting the Brackley headquarters just before Christmas, as reported by British tabloid The Sun. It is now believed that only slight details are to be revised until the official announcement is made, most likely after the New Year's Eve. The Telmex owner will allegedly invest no less than $300 million in his first year as team owner in the Great Circle. Other managerial changes (if any) are yet to be disclosed.

Out of the 4 existing offers to buy out Honda's F1 team this winter, only David Richards' was close to being secured before Slim stepped in. The Prodrive boss has recently travelled to the Middle East to find sponsorship money for Ross Brawn's outfit, as he was interested in making an F1 return next year. Richards has previously managed the Benetton and BAR outfits in the past and considered returning to the Great Circle as a result of Subaru leaving the WRC earlier this month.