Sleeper BMW 2002 Has the Heart of a Japanese Warrior

Project cars can be extremely fun and extremely annoying at the same time. If you've got the time and money, you can allow your creativity to go wild. And that's one of the coolest things about the automotive scene these days. No one likes seeing the same builds over and over again, because we humans thrive on innovation!
18 photos

Not anyone can afford to turn a barn find into a genuine restomod. Because that kind of project requires your full attention, and probably a bigger budget than what you would have hoped for. I guess we would all like our project cars to be spot on from both a visual and mechanical perspective. But if you happen to run out of money halfway through the build, there are only two options: you either learn to live with the car's issues, or you get rid of it.

I imagine that selling your project car isn't an easy thing to do, especially after you've owned it for many years. But at least you can hope that the next owner will manage to finish the job. If you ever plan on buying a project car, there are several things I can recommend. First of all, you should have a serious budget available for the build. Second of all, be patient! Thinking about setting the car on fire every time you run into an issue isn't going to be good for your mental health!

My third recommendation would be: decide where you're going with it, and buy all the parts you need in one go! Otherwise, you may end up working on it for several years, and ultimately getting sick of it before it's finished. With that warning in mind, you can now feel free to inspect this latest finding. By all means, this is a genuine sleeper, but in its current state, you won't be gapping any Shelby GT500 Mustangs anytime soon.

I remember an episode of "Hot Version" from way back in the day, in which Keiichi Tsuchiya, the Drift King himself, was given the keys to a very special BMW 3 series. It was an E36 that had a Honda S2000 engine under the hood, and it did seem like a lot of fun. Somehow, the S2000 has eluded me so far, but if you do a bit of digging, you'll know it's not the easiest car to drive hard in. But the E36 chassis is quite nicely balanced, so the engine swap was not a bad idea at all.

Now, the BMW 2002 was launched 22 years before the E36. I haven't driven one of these either, but I get the feeling that it's going to require more attention on behalf of the driver. And that's going to be particularly relevant to this 1976 BMW 2002, as it also happens to have a Honda S2000 engine inside. The engine was left mostly untouched between 2010 and 2015 when the current owner wanted to also bring some boost into the equation.

I've had the chance to ride shotgun in turbocharged Hondas before, and I can tell you that the kick you get out of a Turbocharged engine that also has VTEC is impressive, to say the least. This 2002 still needs some work done to it, as it now churns out only 275 horsepower and 182 lb-ft (246 Nm) of torque. With boost levels at 8 PSI (0.55 Bar), there's room for improvement, but you might want to look at a bigger turbo if you need this to be even faster than it currently is.

The car is located in Mukilteo, Washington, and with 6 days to go, the highest bid stands at $5,000. I'd say that this will probably end up being auctioned off for about $15,000. With that in mind, if you would like to tackle this project straight-on, be sure to have at least $30,000 in your account. Otherwise, do yourself a favor and just go out and buy a stock Honda S2000 and have fun in that. 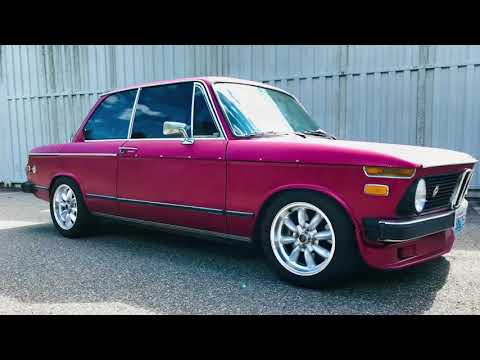