1 Amazon Is Finally Ready to Launch Its Drone Delivery Service, Will Kick Off in California

3 Wisk and Skyports Join Forces for Autonomous Air Taxi Operations in the U.S.

Skyports Is Testing the Delivery of School Meals by Drone

From building vertiports to offering drone services, Skyports is all about making a name for itself when it comes to advanced air mobility solutions. The company’s latest project involves delivering school meals using unmanned aerial vehicles (UAVs).
6 photos

Skyports has a lot of projects going on and all of them are about improving people’s lives through better connectivity, faster and more convenient delivery services, and cleaner transportation. This is the company that announced back in November that it plans to build the first vertiport in Europe, to serve as a testing platform for eVTOL (electric vertical take-off and landing) aircraft manufacturers. It also launched the world’s first vertiport in 2019, which was located in Marina Bay, Singapore.

Now Skyports is back with another commendable project for which it teamed up with the Argyll and Bute Council, the second largest local authority in Scotland, with 23 inhabited islands. The plan is to test the delivery of school meals in the area by drone, with the initial trial having the UAV fly from the Oban Airport to the Lochnell Primary School, located 1.5 km (0.9 miles) away.

If tests prove to be successful, Skyports plans to use its drones to fly the meals to all remote and island schools, to cut both delivery times and costs. Traditional methods of transport in the area include taxis, ferries, and vans, and they can all be affected by weather conditions. Not to mention the impact they all have on the environment, as supposed to drones, which are fully electric and offer an emission-free alternative.

Skyports will initially deliver the school meals using Swoop Aero’s Kookaburra III aircraft, which has a maximum payload of 3 kg (6.6 lb) and offers a range of up to 130 km (80 miles) on a charge. It can fly at a top speed of 150 kph (93 mph). While its 6.6 pounds capacity is obviously not enough to feed an entire classroom of students, Alex Brown, Head of Drone Deliveries at Skyports, says that this will be only a feasibility trial. The learnings from this early stage of the project will help pave the way for wider-scale operations.

Skyports’ demonstration is scheduled to take place on June 25. 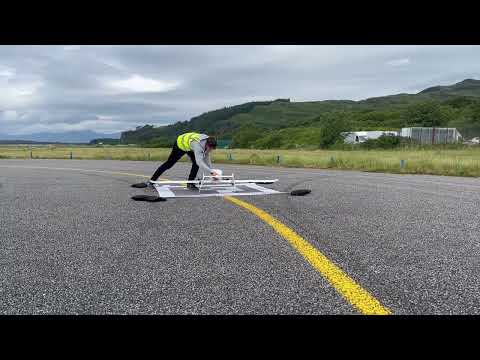 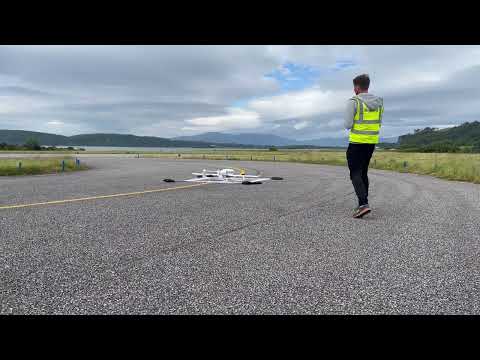