1 Boeing Powers Up BATS for the First Time, Skynet Rubbing Its Circuits

2 Boeing FARA Helicopter Could Be the U.S. Army’s Next Knife Fighter

5 For Just $25, You Could Win the Mexican Presidential Jet in a Raffle
Coverstory

Skynet Is Here, And It’s Australian

Home > News > U-turn
Daniel Patrascu
Its name is BATS, it is powered by an artificial intelligence, and has been designed for aerial combat and support. It is Boeing’s first unmanned drone to be used as an aid to airplanes flying combat missions, and the result of the largest investment in such a machine outside of the United States.
1 photo

At the beginning of 2019, Boeing previewed a drone concept called Boeing Airpower Teaming System at the Australian International Airshow. That’s BATS for short (aka Loyal Wingman) and its main goal is to independently fly either alone or in support of crewed military aircraft.

Earlier in 2020, Boeing moved a step closer to actually making BATS a reality by announcing weight on wheels milestones have been reached. Not a month has passed since then, and the Royal Australian Air Force got possession of the first AI-powered drone

The announcement was made by Boeing on May 4, and marks the start of a program that would most likely see similar systems being developed across the world. The Australian Air Force will use this first drone for ground testing at first, followed by taxi and first flight later in the year.

“This is a truly historic moment for our country and for Australian defense innovation,” said in a statement the Hon. Scott Morrison MP, Prime Minister of Australia. “The Loyal Wingman will be pivotal to exploring the critical capabilities our Air Force needs to protect our nation and its allies into the future.”

The drone is powered by an artificial intelligence that allows it to guide itself either on its own path, or in support of crewed aircraft. BATS has the capability to conduct anything from surveillance and reconnaissance to electronic warfare, switching between roles at a moment’s notice.

Being a military project, no exact details were provided about it. 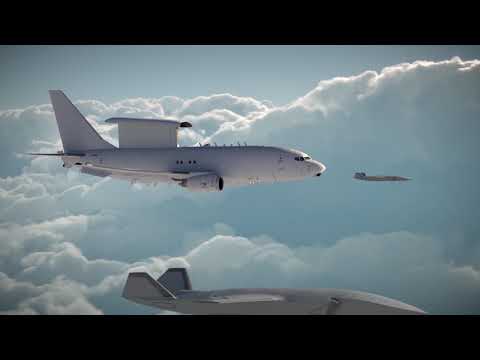