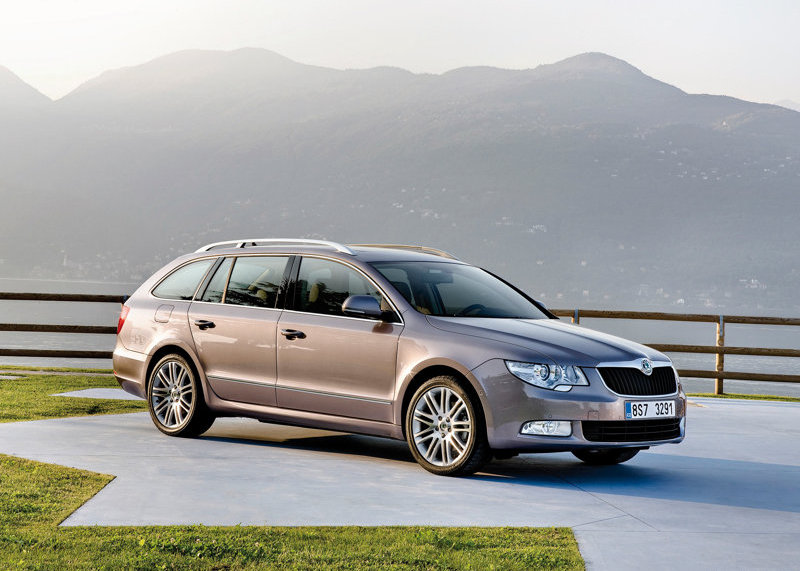 Skoda seems to be moving in the right direction lately - from the image standpoint - as the Czech car manufacturer had some serious market share increase in some of the most important markets in Europe. Despite a rather unfriendly climate (economically speaking), Skoda's sales in the United Kingdom have reached great values, as the Czech automaker recorded higher sales in 2009 as compared to 2008 and, most importantly, a record market share of 1.9 percent.

The British really appreciate Skoda, as two of its models were awarded by Top Gear, one of the most important auto publications in the world. The Skoda Superb managed to get the “Luxury Car of the Year” award, while Yeti was named “Family Car of the Year.” And the automaker’s line-up just keeps getting better and better, as the Superb Combi and saloon has just got a revised diesel engine.

The new 2.0 liter turbo diesel engine benefits from the latest Common Rail technology. The engine produces 140 hp and replaced the old 2.0 liter engine of the same output. According to Skoda, the combined fuel consumption has improved by 4.4 mpg to 52.3 mpg (5.4 liters / 100 km), while CO2 emissions have been reduced by 12g/km to 143g/km.

The good news is that the improvement will not affect the Superb’s price, at least not in the UK, where the model starts at £18,205. The 2.0 TDI CR Skoda Superb will be available in the UK from February 18 with a six-speed manual or twin-clutch DSG transmissions. Other diesel engines available on the Superb include the existing 1.9 TDI PD 105HP and 2.0 TDI CR 170HP.