3 Skoda Karoq Will Be Made in Germany Too, Due to High Demand

When Skoda introduced the Octavia Typ 1U in 1996, opinions were split on the C-segment sedan and station wagon. On the one hand, it was a compromise between a Golf and a Passat. But on the other, it was much better value than either of the two Volkswagen models. Fuel economy is a bragging right too, as Car Throttle found out by hypermiling the bejesus out of a 20-year-old Octavia TDI.
12 photos

The Czech sedan has 432,000 miles on the odometer, and as you can tell from the the looks of it, the car is more at home in the junkyard than on the public roads. Be that as it may, Car Throttle decided to find out just how economical the Octavia TDI is in a real-world test. First and foremost, it should be mentioned that Skoda quoted 5.2 l/100 kilometers (45 mpg) on the combined cycle when the car was new.

On that note, care to guess how much the car averaged on an 807-mile (1,299-kilometer) trip from London to the Nurburgring and back, plus a 13-minute and 58-second lap of the Nordschleife? 3.8 liters for every 100 kilometers, working out at 61.8 miles per gallon of the American variety. “Speechless” is the word you’re looking for.

On a related note, Skoda’s entry into the United States has been pushed back because the automaker’s biggest concerns right now are the Chinese and Indian markets. But one day, the Octavia could be available to order in North America.

In the wake of the Dieselgate scandal, Volkswagen decided to pull the plug on diesel-fueled vehicles in the U.S. of A., meaning that Skoda’s U.S.-spec Octavia won’t be available with a TDI under the hood. If Skoda will arrive in this part of the world in the first place, that is.

But on the other hand, the development of diesel technology is still going strong at Volkswagen in Europe. The newest addition to the lineup is the EA288 EVO 2.0 TDI, which uses a 12-volt belt starter-generator. 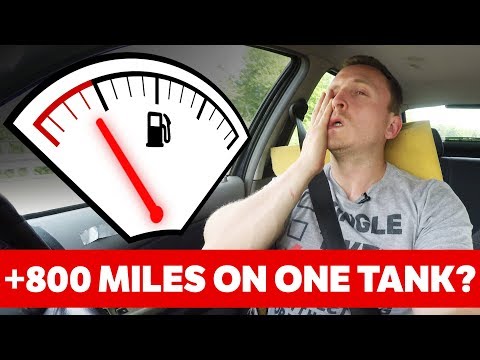