The Kodiaq is the first crossover/SUV to wear the RS badge. It looks sharp, and thanks to a 240 horsepower diesel engine, it's sufficiently fast too. But are we asking too much from what's essentially a family car?
1 photo
Spanish magazine km77 conducted its usual moose test, which is always entertaining to watch when it comes to taller vehicles. Obviously, modern stability control systems will stop any car from falling over, but the handling characteristics of this body style get exposed anyway.

Their first attempt, always carried out at 77 km/h, is done to get the driver accustomed to how any vehicle behaves at the limit. The Kodiaq RS shows understeer, followed by a skipping motion that makes it harder to control. Only when lowering the speed to 75 km/h does it pass the test, which is meant to find out at what speed you can avoid an object that suddenly appeared in your lane.

But doesn't the RS package make the Kodiaq sportier? Apparently not. We looked for the moose test of the normal Kodiaq, dating back a couple of years. And apparently, it was stable at higher speeds. This could be due to a number of factors, like the size of the wheels and tires or the fact that the 240 HP 2.0 TDI is much heavier than normal ones. You can also watch the same test for the SEAT
Tarraco, which is directly related to the Kodiaq.

Either way, you'd be much safer in a normal car like the Octavia RS and cheaper than the Kodiaq RS. But we can't blame Skoda for building this abomination and wanting to take advantage of the growing popularity of SUVs. All in all, the RS SUV gets a passing score, so it's safe enough to use on the road. Just don't go thinking it's a sports car. 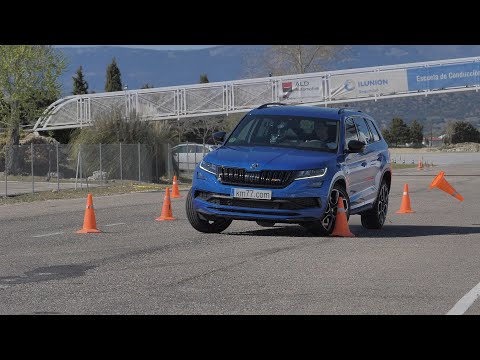 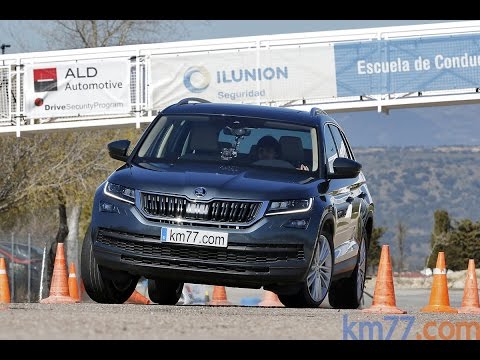