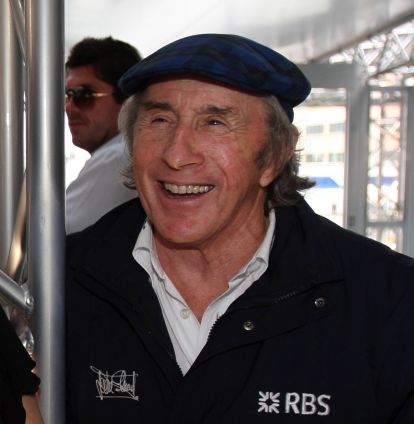 Finally, Sir Jackie Stewart had a change of heart concerning his ambassadorial duties with The Royal Bank of Scotland, as he issued a statement confirming he is willing to honor his current deal with the aforementioned company in 2009 for free.

The 3-time Formula 1 champion initially did not want to hear anything about a potential cut in contractual revenues stipulated in his deal with RBS – in exchange of which he is to be the ambassador of the brand within the F1 world – but, having faced the world of criticism lately from the British fans & media, he decided to give RBS a hand in solving at least one of their many financial problems.

“Sir Jackie has offered to fulfil his contractual obligations in 2009 without payment, which RBS is very pleased to accept. In recognition of the changed financial and economic circumstances facing RBS, Sir Jackie Stewart has been in discussion with the group over a period of weeks about the remaining terms of his contract,” said the statement from Stewart.

“Sir Jackie wants to help the bank with its new strategic objective of rebuilding standalone strength by serving its customers well, in the UK and globally, in the next three years,” added the statement.

RBS Head of Communications Andrew McLaughlin could not have received a better news this weekend, praising Stewart’s willingness to help: “His commitment and loyalty at such a challenging time in the company's long history is greatly appreciated by everyone at RBS,” said McLaughlin, according to autosport.com.

RBS have already announced their withdrawal from the sport of Formula 1 at the end of 2010 due to financial difficulties. Until then, they’ll continue their sponsorship commitments with Williams F1 team, but will cut all on-track advertising for the 2010 season.