1 Schumacher Excited About First Night Race in Singapore
Up Next 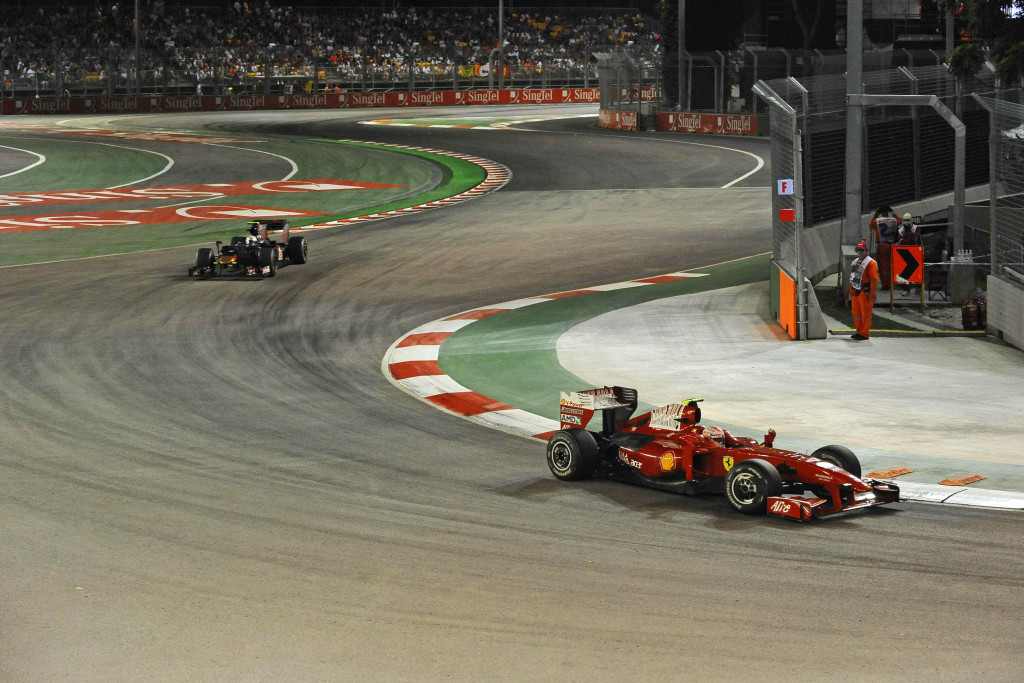 The organizers of the upcoming Singapore Formula One Grand Prix have addressed some issues signaled by the F1 drivers through the past couple of years and have announced a few changes for the Marina Bay Street Circuit this weekend.

As you all know, one of the major problems tackled by the drivers in past races here was the bumpiness of the track, which made it difficult for the racers to maintain a clean line out of corners and therefore led to maneuverability issues. In an effort to make that problem go away, race promoter Singapore GP have moved to resurface a large portion of the Marina Bay track, at Turns 3 and 7 as well as at Turns 14 and 19.

Additionally, drivers will now rejoin the track from the pit lane more smoothly, as the organizers have lowered it by 1 cm.

Turn 10, the one that saw former Ferrari driver Kimi Raikkonen crash out of the inaugural Singapore Grand Prix, has been slightly modified in a sense that the kerbs are now more gentle to the drivers. This way, the exit will be more gradual and safe for the racer, avoiding loss of control on the following straight line.

Finally, in a last attempt to make the track more attractive for the fans present in the grandstands and TV viewers alike, Singapore GP has moved to position several track walls “painted blue, green and yellow, marking the different zones within the Marina Bay Street Circuit.” Additionally, the run-off areas of the Marina Bay circuit will also be colored in red, white and yellow.