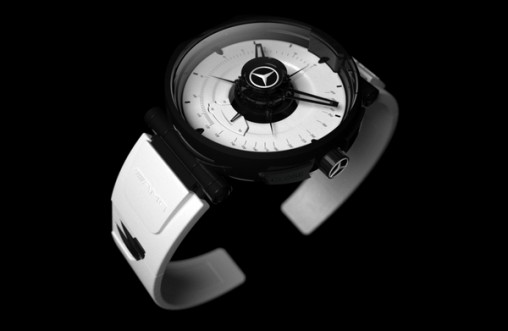 Created to match the Mercedes-Benz SLS AMG super sports car, the Silver Arrow Concept Watch is the work of French designer Fabien Cacheux. The concept watch is part of the designer’s GT Series, born from his two passions: watches and cars.

Details on the designer’s blog via bornrich.org reveal this watch has a central tourbillon, power reserve, machined titanium casing and a neoprene strap. The tachometer needle has a three star-shaped emblem that reflects the brand. The power reserve is at 6 o'clock.

The bracelet opens and closes like the gullwing doors of the SLS AMG. Probably the most interesting feature of Cacheux’s new concept watch are the two buttons (Open / Close) surrounding the crown that can open and close the car remotely. This means the owner is allowed to control access to the car just by using this watch. 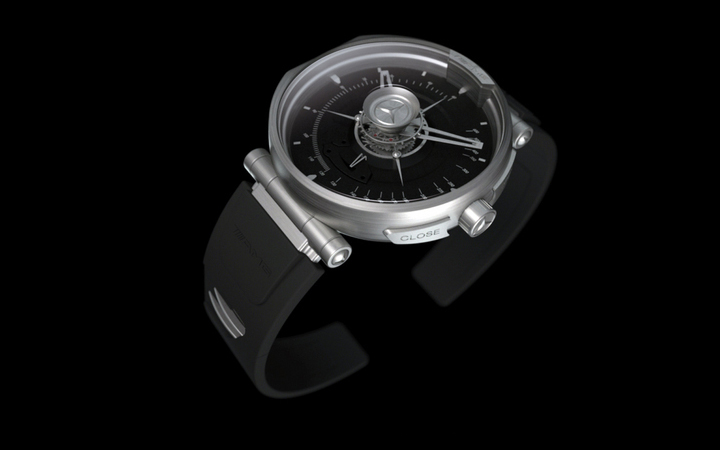 Details are sketchy at the moment, as there is no word whether this watch will become a reality or not. We must admit, however, the idea behind the Silver Arrow Concept timepiece is quite attractive and it would appeal to SLS AMG owners.

The SLS AMG, premiered at the 2009 Frankfurt Auto Show, is propelled by a 6.3-litre V8 engine, developing 571 hp. The unit is mated to a double-clutch AMG SPEEDSHIFT DCT 7-speed transaxle-mounted sports transmission, which offers the driver a choice of four different driving modes: "C" (Controlled Efficiency), "S" (Sport), "S+" (Sport plus) or "M" (Manual) along with a RACESTART function.

These features allow it to sprint from naught to sixty in 3.8 seconds, before reaching an electronically limited top speed of 197 mph (317 km/h).