3 Trashed Engine That Had Barnacles Growing on It Now Powers This Superb, Homemade Motorboat

Home > News > Float and Dive
31 May 2022, 12:11 UTC ·
by Ancuta Iosub
A tri-level yacht docked in Lake Tahoe has been seized by the US Marshals Service and is now hitting the auction block. This is the same cruiser fans of television sitcom “Modern Family” have seen in one of the series’ episodes.
19 photos

Sierra Rose, as the yacht is called, made an appearance in “Lake Life,” the opening episode of the show’s ninth season in 2017, and served as the yacht the family enjoys during a vacation. At that time, it was docked at Camp Richardson Historic Resort & Marina.

Originally built in 2005 for about $4 million, the Sierra Rose fell into the sheriff’s hands in July 2020. It stayed in Lake Tahoe Keys Marina ever since, and now the US Marshals Service has decided to put it under the hammer as part of an online auction held by Apple Auctioneering Co.

What led to this fate for the famous yacht was a federal civil lawsuit in which its owners were defendants. In June 2021, the court decided the owners owed $848,062 in debt, plus accrued interest.

As mentioned, Sierra Rose began life in 2005 when it was advertised at that time as the largest non-commercial yacht on Lake Tahoe. It’s a Finney Boat Works motor yacht design measuring 85 feet (25.9 meters) and featuring three bedrooms and 3.5 bathrooms, as well as a helicopter pad.

In 2012, the triple-cabin yacht went through another unpleasant experience when it partially sank. “The lower level of the yacht was completely underwater, while the second level of the vessel was partially submerged,” the auction documents read. It had to go through some restoration work after that.

Interested parties can place their bids starting today. A $10,000 pre-bid deposit is required to bid. As it turns out, this is not the first time the yacht goes under the hammer. It fetched $3.25 million at auction in August 2008. 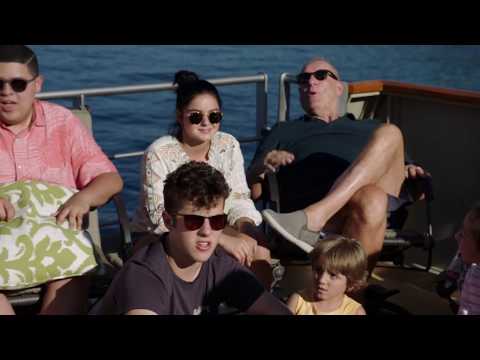