2 Moto2 Rider Shoya Tomizawa Dies in Misano Crash
Up Next 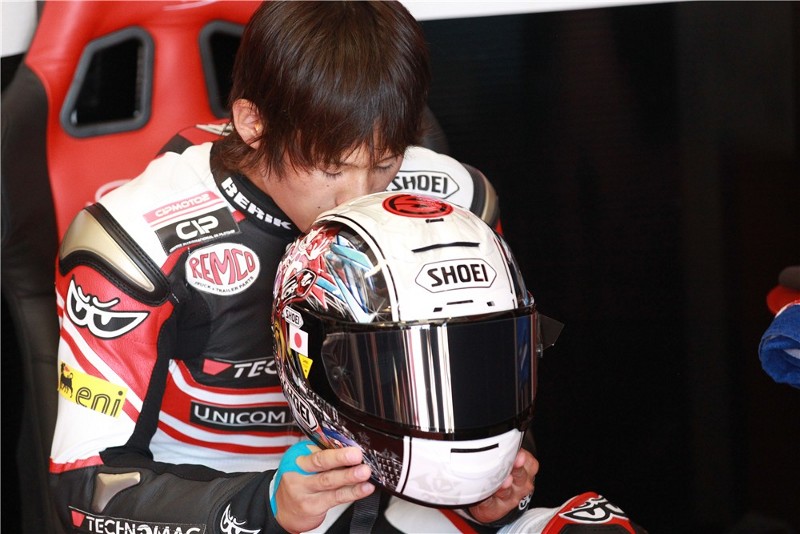 Following the tragic incident that happened yesterday at the Misano race circuit in San Marino, which resulted in the death of Japanese Moto2 rider Shoya Tomizawa, MotoGP officials held a press conference explaining the accident.

MotoGP Race Director Paul Butler and Clinica Mobile Medical Officer Claudio Macchiagodena made statements to also explain why the race was not red flagged. The transcripts of these statements, as released by the FIM can be read below:

Claudio Maxxhiagodena stated: "We want to speak about the accident today, a very bad accident involving three riders who crashed and who immediately had serious problems. One of the riders, Alex de Angelis, got up. The second rider (Scott Redding) had no problem."

"One was very serious, and as you know this was Shoya Tomizawa. Immediately the first idea I think is if it's possible to stop the race because it's dangerous, but the people with the stretcher immediately arrived and when you remove the rider from the track for my medical decision I do not ask Race Direction for the red flag because this does not help my job, because we delay the intervention for the ambulance."

"Behind the track protection we had one ambulance with the respirator inside and we started immediately all the intensive care for him. I didn't ask for the red flag because I didn't need it. After the rider came to the medical centre I had some people asking me why it took a lot of time. The intensive care started behind the protection of the track. Normally when you have a broken arm the ambulance is the same as a taxi, where you put the rider inside and send him quickly."

"Now it was very important to have the ventilation and two doctors. When he arrived at the medical centre his condition was critical, and we continued the intensive care. We had a lot of doctors but the situation was critical, we had a process for respiration. We checked an abdominal trauma with the scanner because it was a very serious situation not just for the cranial trauma, but for the chest and abdominal."

"He suffered a heart trauma and the best option was to transfer him to hospital in Riccione because it's very close and because we have two doctors in the ambulance who continued the respiration process, and to go by helicopter was very far and not possible for this process. When he arrived in hospital we continued for ten minutes or more... but in the end nothing could be changed for Tomizawa."

Paul Butler said: "I think the first thing we have to say is that our sympathies go out to the family and friends of Tomizawa and the team, clearly. Doctor Macchiagodena has explained the situation very clearly. My job is to decide whether to red flag or not based on the advice I receive. The medical intervention was very quick and very efficient because the point of the accident there were many medical services there: several ambulances and a lot of doctors."