3 The Rarest Shelby Cobra 427 Ever Built Goes Out for a Spin, Flexes Angry V8

Any Shelby Cobra is an outstanding vehicle, but the limited series Semi/Competition (S/C), a full-blown race machine converted for road use, is considered the ultimate street-legal version of Carroll Shelby’s masterpiece.

Passionate about fast cars from an early age, Carroll Shelby would go on to pursue a career in the U.S. Army, serving as a flight instructor and test pilot. Shortly after the war, he started his own dump truck business, worked as an oil-well roughneck for about a year, and then as a poultry farmer.

However, in the early fifties, he got back to his childhood passion, starting a career as an amateur race driver. Extremely talented, he quickly turned pro and by 1957, he was two-time Sports Illustrated magazine's driver of the year. It all culminated in June 1959 when, against all odds, he co-drove an Aston Martin DBR1 (with Roy Salvadori) to victory in the prestigious 24 Hours of Le Mans race.

Due to health problems, he was forced to retire a year later, but his love affair with fast cars was far from over.

Unimpressed by the American sportscars of the era, Shelby began toying with the idea of building one himself. An initial attempt saw him re-body three Corvettes with the help of Italian coachbuilder Scaglietti, but the whole project ended abruptly after clashes with GM higher-ups.

The stubborn Texan didn’t give up and struck a deal with British carmaker AC Cars for a series of lightweight Ace chassis which he planned to modify and equip with powerful American V8s. The powerplants were eventually sourced from Ford, and in 1962 the Corvette-slaying Shelby Cobra was born.

The car was a resounding success on both road and track, which enabled Shelby and his team to develop it even further. By the fall of 1964, they had built the third evolution dubbed Mark III. Designed in cooperation with Ford, it was conceived around a new chassis with larger brakes and coil-sprung suspension (instead of the initial transverse leaf spring setup).

The Cobra also received a revamped body with improvements such as wide fenders or a larger radiator opening, but the biggest upgrade was a NASCAR-derived version of Ford’s 427-ci (7.0-liter) FE V8, rated at 425 hp and 480 lb-ft (651 Nm) of torque in the standard model.

Shelby, along with his chief engineer and test driver Ken Miles, wanted to homologate a special, competition-spec Cobra 427 for racing in the 1965 World Sportscar Championship (WSC) season, but only 53 cars were completed by the time FIA representatives arrived in California for an official inspection. Since a minimum of 100 units was required and an agreement could not be reached, the Mark III was never homologated.

This created quite the conundrum, because Shelby planned to sell most of these competition-spec Cobras to international privateers who intended to race them in the WSC. Without securing homologation, the company only managed to sell 19, while three were brought by Ford. This meant that 31 race-oriented Cobras were now destined to gather dust in Shelby American’s facilities.

At the suggestion of east coast representative, Charles Beidler, Carroll Shelby converted around 21 to 29 of these cars for road use, giving birth to one of the most savage road-legal sports cars ever conceived in the U.S.

Named Cobra 427 S/C, these cars were fitted with regular production windscreens which made them look much like the regular 427s to the untrained eye, yet they were distinctly different thanks to race-derived features.

First of all, the stock bumpers were gone, and the exposed jack pick-ups initially conceived for the track were retained.

At the rear, the S/C Cobras had broader, flared arches to accommodate the magnesium Halibrand wheels and wider Goodyear Blue Dot tires. Each car also received a sturdier single hoop rollover bar behind the driver’s seat, and a couple of race-spec side exhausts, albeit with baffles that toned down the noise for street use.

On the mechanical side, the cars retained a multitude of racing hardware such as twin fuel pumps, a 42-gallon (191-liter) fuel tank in the trunk, larger Girling brakes, a stiffer suspension, and a 3.77 rear differential.

Under the hood, each S/C came with a competition-spec 427 medium-riser, side-oiler FE. The engine was equipped with a single Holley 780-Cfm, four-barrel carb sitting in a cold air box (aka. turkey pan), alloy heads, tube headers, and a baffled (ribbed) oil pan.

Linked to a four-speed Toploader box with closer gear ratios than the regular Cobra, the V8 was allegedly detuned to produce 485 hp, but in reality, it was easily capable of exceeding 500 hp.

On the road, the S/C was an absolute monster, embarrassing any sportscar that crossed its path. It was the kind of roadworthy beast that you could drive to the track, humiliate a bunch of competition-spec Corvettes, then drive back home with a huge grin on your face.

Nowadays, there is a multitude of incredibly accurate replicas around, and the revived Shelby American markets a modernized, aluminum-bodied version of the S/C that can be had for at least $180,995 (without the engine and transmission). However, the authentic 1960s Semi/Competition models are by far the most sought-after versions of the Cobra. An example in great shape - such as the one featured in the article that failed to sell at a 2015 Mecum auction – is valued anywhere between $1.5 and $2.5 million.

Nearly sixty years after it was unleashed on public roads, the Shelby Cobra 427 S/C remains one of the great, if not the greatest road-legal track cars ever built in the U.S.

If you want to know more about this terrific sportscar and see it rumble down the streets of New York, we recommend the Jay Leno's Garage episode that you can find below. 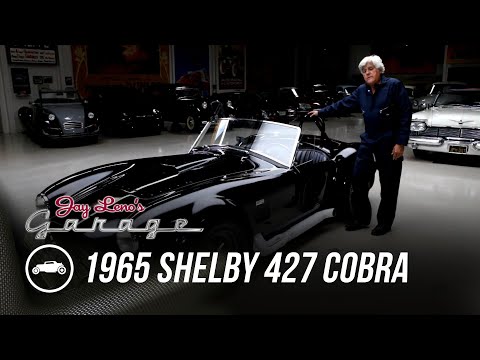