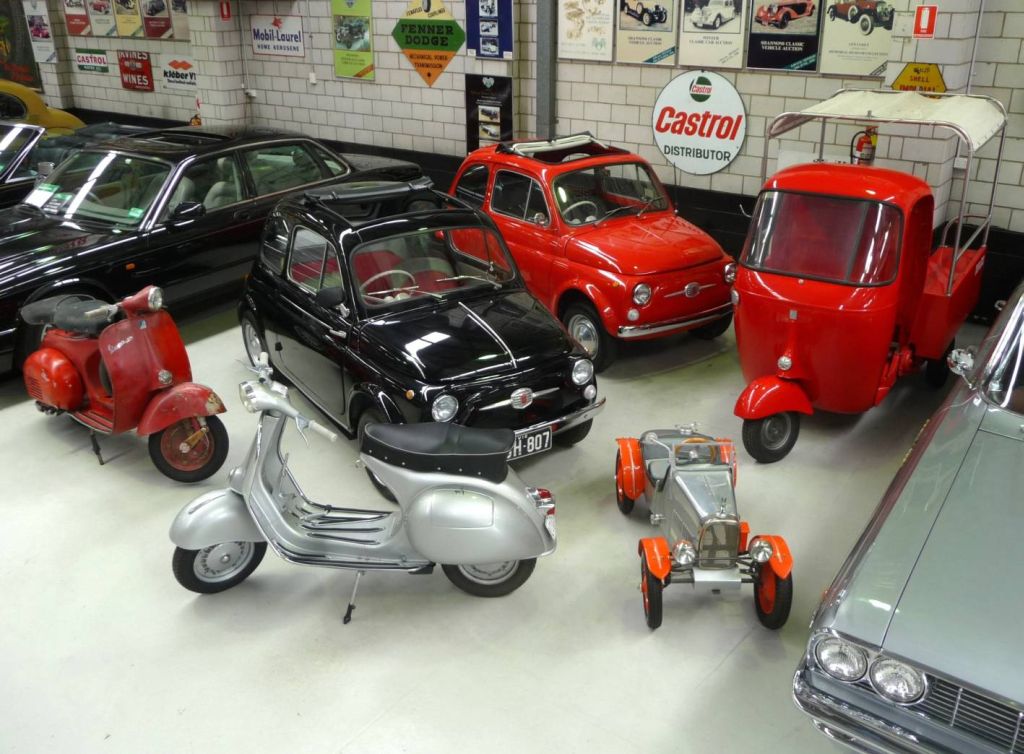 The Italian vehicle industry has a special charm, which becomes even more special if we are talking about classic vehicles. This is why Shannons Melbourne is holding a special auction on March 7, with the event including the sale of a number of iconic Italian classic mini cars and scooters.

“Lovers of small things Italian have already shown big interest in Shannons Melbourne autumn Classic auction on Monday March 7 where a line up of iconic mini cars and scooters is going under the hammer with no reserve prices,” stated the press release.

We’ll start by telling you that you’ll be able to grab two fiat 500s, a 1960 “suicide door” 500D Nuova and a 1969 500F, which have been perfectly restored. Both come with Fiat’s famous 500cc two-cylinder powerplant and use four-speed transmissions.

The no-reserve category of the auction will also include a pair of 1950s Vespa 150cc scooters. Both vehicles come with the sought-after factory 10-inch wheels. We are talking about a red 1955 model ‘project’ in need of restoration and a restored silver 1959 GS model. And the story deosn’t end here. There’s also a rare restored 1958 Vespa Ape three-wheeler, as well as a replica vintage pedal car.

Our say: From small to smallest, this sale seems to have everything Italian & little.