4 The War on British Motorists is Over

5 Covert Speed Cameras in Australia
Up Next 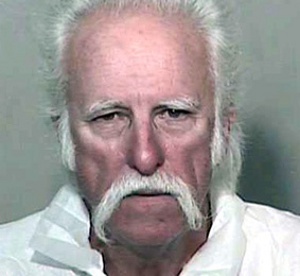 We all hate speed cameras and, truth be told, the guys who operated them do not escape our wrath and ugly words either. But, in the case of 69-year old Thomas Patrick Destories, that wrath turned into actual violence.

Back in 2009, Destories was traveling on a Phoenix freeway when he spotted the unforgiving lens of a speed camera, tucked away into a speed-enforcement van. For some reason, he decided to shoot the van.

Unknown to him, 51-year-old Doug Georgianni, an employee with the operators of the speed cameras, RedFlex Traffic Systems, was inside the van, doing his paperwork. Georgianni, who only had a few days left with RedFlex before moving to become an insurance agent, was shot three times in the chest.

Destories was convicted in April last year and was now sentenced to 22 years in prison.

"Taking innocent life is never justified even for great causes, and this was over photo radar," Maricopa County Superior Court Judge Michael Kemp was quoted as saying by azcentral.com. "I think Mr. Destories was trying to make a political statement."

Although Destories's motives for killing Georgianni are still a mystery authorities suspect the incident was a response to the state's speed-enforcement program, launched in 2008. Destories argued than when he shot the van, he had no idea someone was in it.

“I would like to express my deepest sympathy," Destories told the family of the one he killed. "No words can convey such a loss or heal the terrible grief you are suffering ... I never intended to harm anyone. Please forgive me."