3 The Latest Military Aircraft Tech to Be Showcased at U.S. Navy League Event

Semper Supra: Epic Space Force Video Is All About the Very Distant Future, But Not Aliens

"Space is absolutely critical to the modern way of war." This is how America’s most recent military branch kicks off a new recruitment video titled U.S. Space Force Commercial Launch and published earlier this week.
6 photos

As most of you already know by now, the Space Force was created under the Trump administration to deter and defeat a new generation of threats, most of them coming from countries like China and Russia, and not some alien planet.

Born as the American military's sixth branch, and the first to be created in over 70 years, the Space Force is still trying to get its bearings and figure out what exactly it is expected to do.

Space combat, which could be a reality sometime in the future, is not, of course, on the immediate agenda. The USSF’s stated goals are “acquiring military space systems, maturing the military doctrine for space power, and organizing space forces to present to our Combatant Commands.”

The branch presently consists of around 5,000 personnel (the smallest military branch in this respect), called Guardians. Because who knows, in the distant future, when humanity would have taken over the galaxy, that would sound really cool. But 5,000 people, of course, are not enough to make anything truly spectacular, and this is why the Space Force needs more. Enter the new recruitment video posted below.

Over 13 minutes long, it is a manifest of sorts for the Force, listing at first all the wonderful technologies made possible by the satellites it is now tasked with protecting, and then moving on to imagining all sorts of threats, some of them that seem taken from science fiction movies or literature, like enemy bases on the far side of the Moon.

For what it’s worth, the clip is not a summary of what the Space Force is now (at times, the subject of online mockery) but of what it will become once America really turns into an interplanetary nation. And they have a motto, too: Semper Supra.

Enjoy the video below, and enlist, if you have to. 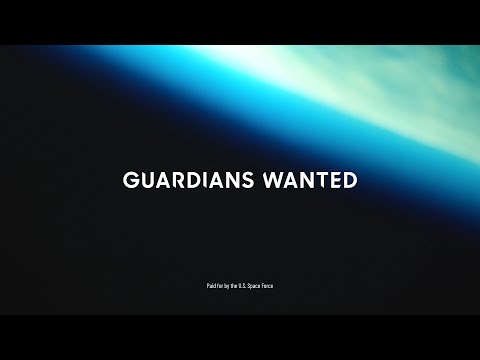