1 OKAI's Neon E-Scooter Wants You to Look Cool When Riding, Is a Disco on Two Wheels

3 OKAI Flaunts New E-Scooter Models at the CES, Including a Powerful, Off-Road Two-Wheeler

4 Monster E-Scooter Tops 50 Mph and Offers 90 Miles per Charge, Kills It On and Off-Road

Cristina Mircea
Segway’s GT kick scooters are touted by the manufacturer as the flagship series and the GT2 model is the company’s biggest pride and joy, guaranteed to turn heads and take you on ridiculously fast off-road rides.
9 photos

Unveiled just the other day, Segway’s GT series consists of two models: the GT1E and the GT2. We’re going to focus on the latter in this article, as it is the most powerful, more “athletic” of the two. In fact, Segway says it is the boldest KickScooter it's ever made.

With a low center of gravity, 11” pneumatic tires with a jelly layer that decreases the risk of punctures, the GT2 is made for extreme riding and loves off-road adventures. It is stable, comes with a folding mechanism, front and rear dual-arm suspension with adjustable hydraulic damping, and is suitable for riders aged 14 and up.

The GT2 is indeed a fast and powerful beast with dual-wheel drive, packing two motors with a power output of 1500W each. This thing is not even legal to ride everywhere in the world, being able to reach a top speed of 70 kph (43.5 mph). Moreover, Segway claims the e-scooter can go from 0 to 48 kph (0 to 30 mph) in just four seconds.

As for the claimed range, the battery has a capacity of 1008Wh, offering up to 90 km (56 miles) of adrenaline-pumping fun on a single charge. But once the battery is drained, you’ve got some waiting to do until you can get back on the two-wheeler, with the GT2 requiring around 11 hours to fully charge.

Another potentially frustrating thing about the kick scooter is its exaggerated weight, with this thing tipping the scales at a whopping 52.6 kg (116 lb.), which means it’s literally a drag to haul it around.

But back on the positive features of the GT2, Segway equipped it with a powerful, 900 lumens LED headlight, rear LED lights, and integrated indicators. A large, color PM OLED dashboard display provides you with all the important data such as speed, remaining range, what riding mode you’re in, which lights are on or off, and more. The scooter also comes with Bluetooth connectivity, NFC for locking/unlocking it, and a USB-C port.

Segway doesn’t mention anything about the pricing of the GT2, but it does tell us that it plans to launch it by the third quarter of this year. 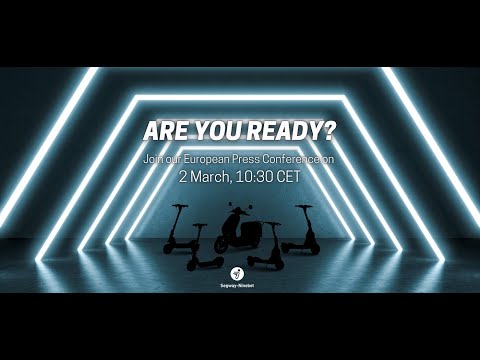