4 Bugatti Divo Shows Up on French Airport, Hits 190 MPH Like It's Nothing

Home > News > Car Profile
Aurel Niculescu
When you have a special version of an already utterly exotic super sports car you do everything as if your life depends on it. And in the world of exquisite hypercars there is nothing more important than maintaining respectability – which is why even the tiniest of details are of utmost importance. Thus, you might want to know what happens during the last moments before delivery of each Bugatti Divo.
65 photos

French racing driver Albert Divo would be smiling from the hidden Targa Florio tracks of the Netherlands when seeing the level of attention and care his namesake is bestowed upon. We can imagine back in the 1920s he was more preoccupied with racing a Bugatti rather than wrapping them up in a nice package prior to delivery.

But today presentation is always key when dealing with astronomical figures – such as the ones Bugatti Chiron owners had to pay for one of the 40 examples of the Divo. Thus, the company is taking us through the complicated process of the final preparations for the delivery of the first production example of the Divo.

Now, you can imagine the level of care over at Bugatti is certainly different from your average company that makes thousands of family cars each day. First off, there are only four employees from the Atelier and another two from the quality assurance unit tasked with testing every handmade Divo.

Two people take point from the moment it exits the assembly area and wrap the entire body with no less than eight square meters of special protective film, then retrofit a test-only underbody in lieu of the original and have the wheels changed for a set commissioned especially for testing procedures.

Thus, what we see in the gallery is not a finished Divo – instead we are dealing with an intermediate version that has some of the less protected elements safely stowed away. Of course, the technicians check and double-check all vehicle functions – from the electronics down to adjusting the wheel toe and the chassis.

One special person has been tasked since 2005 with issuing final approval on the dynamic aspects of every Bugatti – and we just printed the name of Steve Jenny on our dream jobs shortlist. But do not think it is all roses and champaign – the company confesses he was the quality assurance expert responsible for the dynamic final approval of 95% of all cars built in Molsheim – starting with the Veyron he has already driven over 340,000 kilometers (over 211,000 miles) in each Bugatti made in Molsheim.

The level of responsibility must be fantastic, even though his checklist of over 100 points does not seem that long – especially considering his five-hour test drive includes a scenic 300-km route through the Alsace and then some performance checks at 250 kph (155 mph) at the closed-down Colmar airport.

After all the dynamic tests have been performed, the five-million euro beast goes through reassembly and a two-day paint finish process followed by a six-hour visual audit performed by no less than four employees. The final Bugatti team member to see every Divo before handover is Christophe Piochon, the member of the Board for production and logistics at Bugatti and also the Molsheim Site Manager. 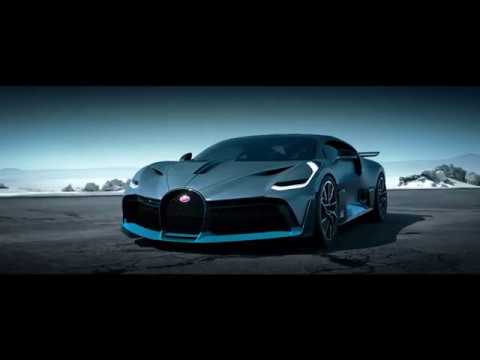