Home > News > Industry
Alex Oagana
The Shooting Brake version of the gorgeous Mercedes-Benz CLS is currently king in the niche that it single-Handley created back in 2012, when it was officially introduced.
1 photo
With an engine lineup that starts in Europe from the four-cylinder 250 CDI variant, the CLS Shooting Brake can go all the way to having a 585 hp twin-turbocharged V8 in the S-Model version.

The following speedometer video is depicting the most powerful diesel engine in the lineup though, accelerating from naught to 252 km/h (157 mph) in the most un-tumultuous way possible.

Sporting a turbocharged three-liter V6 that develops 265 hp and a rather massive 620 Nm (457 lb ft) of torque, it's not wonder that the stylish but most of all ginormous station wagon can accelerate its close to two-ton weight so smoothly.

Since this isn't even by far a full blown sports car, we think that the time it takes to reach its not-to-shabby top speed is more than adequate. Proving that you don't always need countless turbochargers to drive you diesel car at Autobahn speeds. 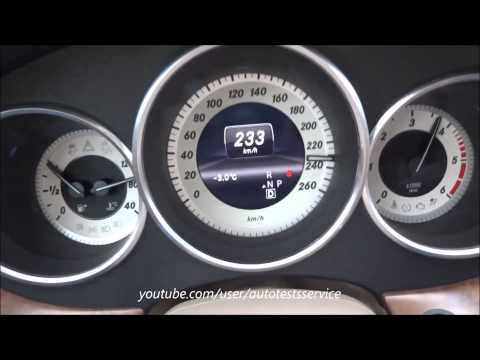