3 This Is Richard Branson Wearing a Blue Under Armour Spacesuit

Second Virgin Spaceship Can Now Carry Its Own Weight

Daniel Patrascu
As the attention of the world is captured by other, more pressing events, Virgin Galactic is relentlessly pursuing its goal of doubling the size of its spaceship fleet.
4 photos

The company that plans to forever change the face exploration by taking for the first time paying civilians into space announced this week the second flyer in its portfolio has passed another milestone.

To join the existing VSS Unity at an undisclosed date, the yet unnamed craft deployed its main landing gear for the first time, meaning that, from now on, it can support its own weight as it is being put together at the company’s facility in the Mojave desert.

George Whitesides, CEO of Virgin Galactic, says this achievement came a lot quicker than in the case of the Unity, thanks to a more efficient assembly process.

“Reaching the Weight on Wheels milestone considerably faster than was achieved for VSS Unity is a huge accomplishment and is a testament to the growing expertise and capabilities of the company,” the executive said.

“We now have two spaceships that are structurally complete, with our third making good progress. These spaceships are destined to provide thousands of private astronauts with a truly transformative experience by performing regular trips to space.’’

Up next for the ship is the fitting of the flight control systems and other structural updates. There is no time target set for the completion of the new ship.

Technically, this new ship is the third built by Virgin, but one of them, the Enterprise, was lost to a crash together with the co-pilot.

The other one, Unity, is the single one in operation, albeit it has not conducted anything other than test flights until now.

When ready for use, both will carry paying customers to the edge of space – Virgin says there are 600 civilians from 60 countries on the waiting list – forever changing the way in which we see space travel. 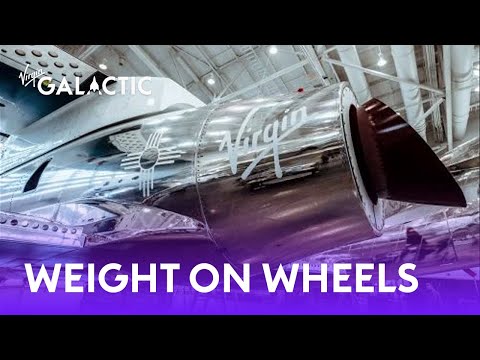