1 Audi e-tron TT Imagined as an All-Electric Hairdresser's Car, Should It Happen?

3 Winter Is Coming, Challenger ‘Off-Road’ and 4-Door Camaro ‘ZR2’ Are CGI-Ready for It

4 Renault Megane E-Tech Gets the RS Treatment, Wants a Piece of the EV Sporty Crossover Pie

Home > News > Renderings
Aurel Niculescu
Toyota is always busy like a Japanese bee, owing to an ever-expansive roster of models. But it also has to diligently take care of all sorts of consumer tastes, right?
25 photos

And, of course, there is something for everyone. Whether we are craving a passenger car (even a feisty one, like the new GR Corolla), a crossover SUV (even a massive one like the upcoming Grand Highlander), or a cool truck (such as a dually Tundra. Oh, wait, that was only an imagined one). But how about the little ones?

They are deserving of our attention, too. At least that is according to the good folks over at the AutoYa info channel on YouTube, who have recently decided to CGI-imagine the complete looks of the unreleased next-generation C-HR subcompact crossover SUV – both inside and out. And they wasted nothing in dreaming of the second generation, which should follow soon, given the original’s production start in 2016 and the subsequent 2019 facelift.

So, they took advantage of both leaked patent images and Toyota’s recent string of electric concepts to imagine a fresh installment for the quirky C-HR. According to the channel’s pixel master, this unofficial take will too remain a ‘love or hate it’ affair with quirky exterior cues both up front and for the rear. Inside, on the other hand, there is a sense of subtlety, practicality, and seriousness all over the CGI place.

The same cannot be said about the unofficial color palette, which remains as playful as ever and gives us enough hues for all tastes. Then, last but not least, the channel also strives to help us identify the changes with a real-to-virtual comparison between the original C-HR and its imagined successor. Frankly, this digital parade would feel more than complete if not for a simple omission – there is nothing about the potential upgrades for the powertrain chapter, unfortunately. 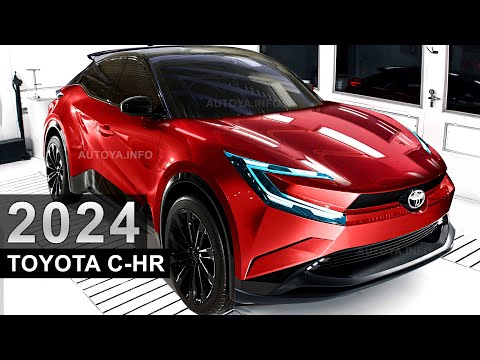