Some of Elon Musk's enthusiastic fans must consider the Tesla Motors CEO some sort of real life Iron Man, which means they are after his secrets. Otherwise, how would you explain a second drone footage of the Gigafactory?
1 photo
Yeah, yeah, it's out of pure curiosity but Elon Musk managed to turn this situation into a good opportunity to promote the Gigafactory without having to pay a cent for the services.

Shortly after the first footage of the Gigafactory hit the Internet, Elon Musk used Twitter to explain the confusion about the video, saying the drone only caught the pilot plant on tape, which is only one-quarter of the Gigafactory's overall size.

Coming back to the second video of the Gigafactory, it seems Tesla Motors gave direct permission for the drone to fly above the premises and capture images in stunning 4K detail, according to the video's description on YouTube:

"This video was filmed with direct permission from Tesla Motors. Arrangements were made directly with Elon Musk and Tesla Security. Permission has also been given for me to upload it to my page."

The 'director' behind the video goes by the username of MyithZ, who shot the video using a Tarot 680pro Hex drone with a GoPro Hero4 attached to it.

Despite still looking like a huge depot, the Gigafactory reveals more of its construction site. We can also spot construction beams that define the location's shape, but there's a lot of work to be done before this mammoth factory is up and running.

The video is available below, but don't forget to switch to 4K resolution: 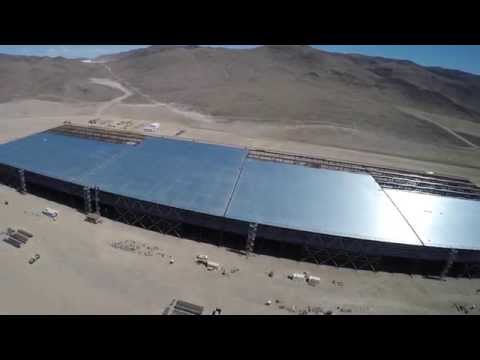