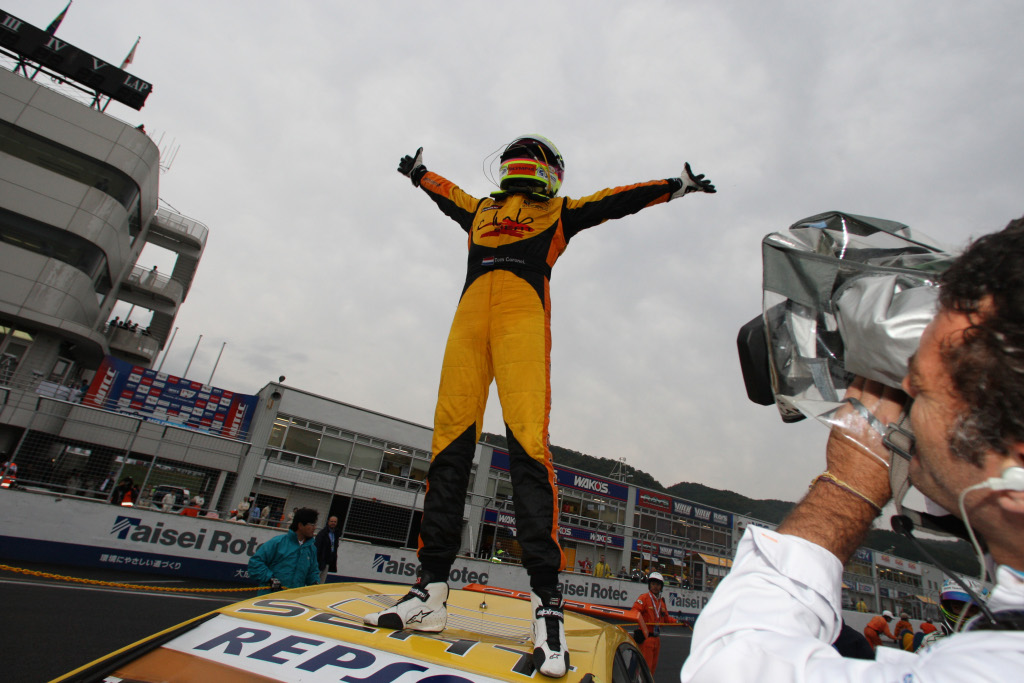 Seat has secured their first ever manufacturers title inside the World Touring Car Championship, with both Rickard Rydell and Tom Coronel grabbing a win each in a tricky weekend at Okayama. The Swede clinched a comfortable win – if one would consider the winning margin of 5.6 seconds – in rainy conditions, overtaking BMW's Jorg Muller with only 4 laps remaining in the opening race, while Coronel grabbed his first win in 2008 thanks to a great tire-strategy in the second race.

“It has been a fantastic season and we have been fighting for that for several years. We have been given new technology from TDI that has enabled us to do something more with the car. I am very happy as we have not needed to wait until the last race but have taken it in Japan. Everyone has worked together to bring home the Manufacturers' title – all of the mechanics, engineers and our five drivers. We are proud to say now that Spain has won all the three main Championships: Formula One with Fernando Alonso, WRC with Carlos Sainz and not WTCC with SEAT,” said Seat sporting director Jaime Puig.

The first race of the day consumed itself under wet conditions, with Jorg Muller and Rydell building a comfortable lead up front. The two battled it through until the final laps of the race, but Rydell kept his cool and passed his BMW rival with 4 laps remaining to never let go until the finish line. Third overall was reigning champion Andy Priaulx, followed by Chevrolet's Robert Huff and SEAT's Tiago Monteiro.

Gabriele Tarquini witnessed his plans go down the drain after an early visit to the run-off area, the Italian only managing an overall 10th place in Race 1.

The second race of the day was practically a lottery for all drivers on the grid, as some optioned for slick tires, some for wet tires (as the track was still wet after the morning race). Coronel decided to go for a combination of slick front tires and wet rear tires that helped him resist Augusto Farfus' attacks in the dying laps of the race. Third overall was independent driver Sergio Hernandez.

“Japan has been great for me, especially after living here for five years in the past. I love these sorts of conditions for races. I went out for the second race with wet tyres on the back and slicks on the front. They thought I was mad but I told them to trust me, and it paid off. I was waiting for Monteiro's tires to go off and then took advantage. I then made a mistake, which allowed Farfus to close up behind me, and so the final two laps were the most important of my career,” said Coronel after his impressive win.

Thanks to the Okayama race, SEAT has secured their first 1-2 in the WTCC, with the drivers' title becoming a SEAT affair all the way. The only two drivers fighting for the championship crown are now Yvan Muller and Gabriele Tarquini, with the former holding a 14-point advantage over the Italian with one more weekend to go, the season's finale at Macau.