2 The Golf Made of River Grass and Bamboo

3 The Golf VI gets Five EuroNCAP Stars Before the EuroNCAP Testing
Car video reviews:
Up Next 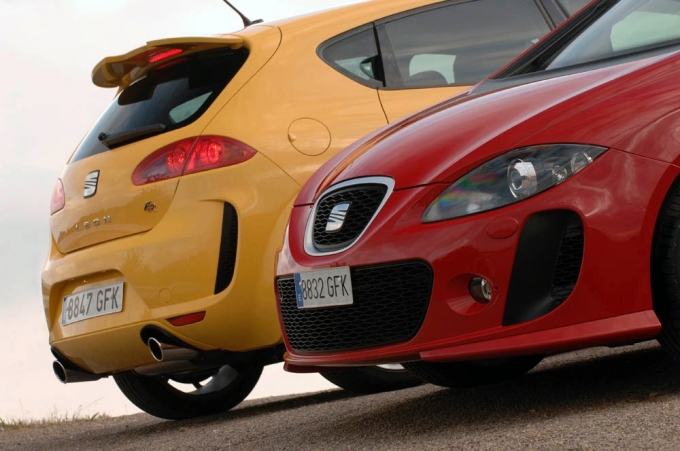 Seat's big brother just got out of the gym. The red italian-ish sports car has a (not so) new body kits and (not so) new engines. It is in fact the old Leon, but instead of the elegant Armani suit, it bought Mc Hammer's clothes. It's not going to go faster, but it might make you feel like you are.

The new Leon Linea R gets its inspiration from Seat's touring cars, which is another way of bragging that they've won the championship. You could say that the body kit was designed by someone that said: “First we will make you fat, and then we will get you an appointment with Jack the Ripper, to slash you up a bit...”. The result? A car that looks like it's bleeding with menace. Like the final part of Die Hard, but instead of Bruce Willis, we have Bud Spencer, with a shotgun and knives.

The thing is, that this car looks exclusive, but it has the same engines as the VW Golf, including the brilliant 2 liter turbocharged 200hp they put on the GTI, the same tires, the same seats, the same chassis, the same gearboxes, do you get my point? So if you think your Golf isn't exciting to look at, try this.

Immense honeycomb grille, chrome mirror casings, a multitude of badges, and small modifications to the interior also turn this car into a great show off for a daily driver. More importantly, you can impress the ladies with your red paintwork and sporty car, but all your mates will know that you bought a reworked Golf. And it's cheaper that its German sisters as well, so it won't mess with your account too much.