2 Mark Wahlberg’s $87.5M Mega-Mansion Is Ready for the Next Rich Gentleman (and His Cars)

Scottish Farm Hides Race Car Collection, These Are the Most Important Exhibits

We don't know about you, but we just love stories of hidden car collections, and this one is hidden in plain sight. In an unassuming farm building in Scotland, a man named Wulie Hamilton, with no relation to the British Formula 1 racer, has amassed a special car collection with his wife, Morean.
13 photos

The couple has various historic racing cars, including a BTCC Hillman Imp, as well as a B.A.R Honda Formula 1 car. The latter was driven by Jacques Villeneuve, but the 2001 racing car does not come with an engine, as many other retired F1 racing cars are sold.

Their stunning private collection also includes a perfect Ford GT40 recreation, which is the best recipe to enjoy such a vehicle without worrying about its value.

Since the collection is in Scotland, there are a few rally-prepped Ford Escort models, as these are extremely popular in the United Kingdom, and the Scots have raced them as well. However, the most interesting part of the collection is its latest addition, in the form of a Fiat 131 Super Mirafiori, the latter also being the name of a historic Fiat facility.

The vehicle was purchased sight unseen by Wulie, which is a first for him, as he explained to Jonny Smith of The Late Brake Show. As you can imagine, you cannot find that many Fiat 131 Super Mirafiori racing cars on the road these days, as they are rare in Italy, their home country.
This example was built in the UK, and whoever put it together wanted to race it.

Wulie has gone ahead and had it inspected so that it has all its papers in order, and, in a matter of weeks, the two-liter inline-four-cylinder twin-cam motor, similar to the one that propelled Walter Rohrl to victory many decades ago, will roar on a rally stage with Wulie behind the wheel. 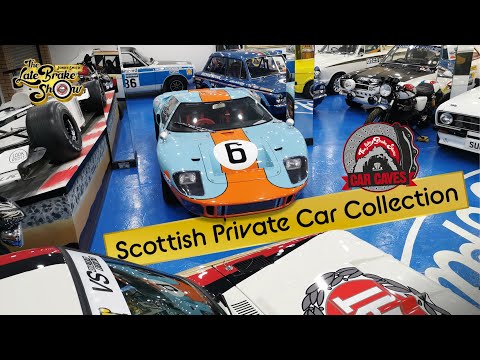