5 BMW Explains the Laser Headlights Used on the i8
Car video reviews:
Coverstory

We're all a bit concerned that one day, robots will become self aware and take over the world. How does it all start? With one desperate nation creating a droid army, dealing a decisive blow to its enemies.
6 photos

The writing is already on the wall! Japan has one of the strongest economies in the world, but there's not a shred of oil on the small island and their pizza is very dry. Starved of resources and forced to eat raw fish, bullied out of most major industries, they will form a separatist alliance with Korean and build a huge robot army.

Already, the first prototype man-hunter robots have been built. Under the disguise of cute and friendly androids, Honda have already laid the foundation of our extinction. We've discovered secret photos of Asimo during weapons training. Rumor has it accuracy and marksmanship are already above those of an American redneck. 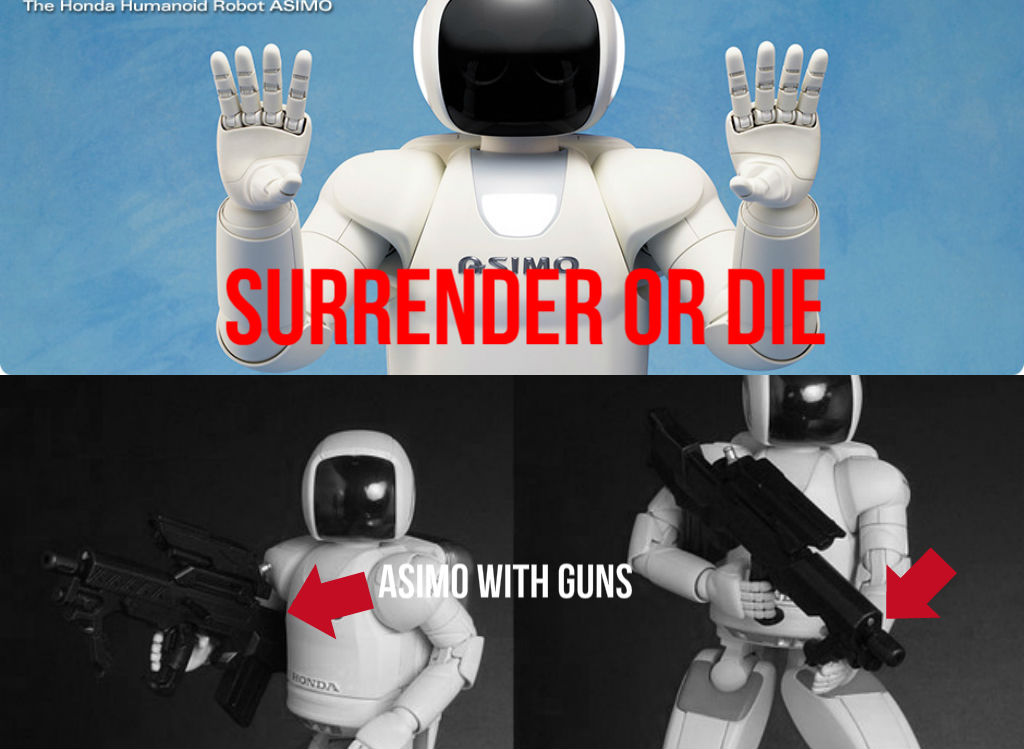 Ill prepared and poorly equipped to face their opponents, most counties east of the river Nile will surrender within a matter of days. Under the boot of the mighty robot army, even the US of A might capitulate.

Our only hope is Germany. Knowing nobody is going to believe them when they say cute Asimo is a man-killer, Audi has already started developing countermeasures. We found blueprints for Jedi warrior light sabers, skillfully hidden under the guise of flashlights for 2012's Q3 Vail Concept.

That's not all! Range weapons are also being developed. The laser headlights both Audi and BMW have installed on production cars are actually blaster pistols and riffles.

This story is not a story, it is a pamphlet. Any likeness to a country or company in the real world is purely coincidental. No animals were hurt in the making of Audi light sabers… except an ewok who had it coming.