1 Road Rage: the Dr. Jekyll/Mr. Hyde Syndrome Behind the Wheel 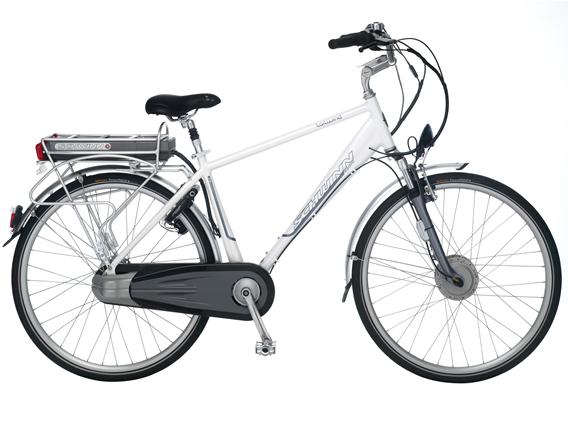 US automakers put all their faith and hope in the “hands” of hybrids as they are often described as the only type of vehicles that can rescue their apparently sealed gloomy future. Their main goals? Next-gen hybrids that could bring fuel-consumption and CO2 emissions down to 0, all of these with very low costs and reduced investments. Well, the solution comes from Schwinn, a bicycle manufacturer, who recently announced one of the most impressive innovations you ever heard of: a hybrid bicycle.

But more importantly, the manufacturer claims the bike can be charged in no less than 30 minutes using a standard outlet, which is quite the best time in the world when it comes to recharging a drained hybrid battery. This means that all those years spent by large automakers to design a quick recharging system were, let's say, useless, since a bicycle manufacturer comes out and says “Hey, we have something that beats your best hybrid system, wanna bet?”...

And the best of all, the battery can be easily removed from the bicycle in order to recharge it separately, without forcing you to carry the whole bike 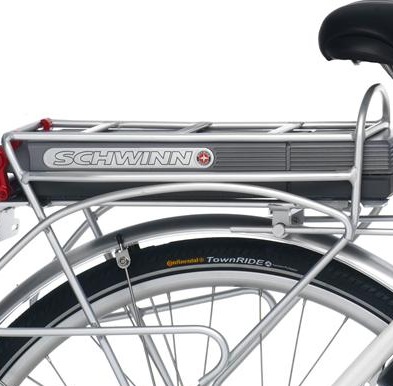 to the closest outlet.

The electric engine, dubbed Plug N' Drive” is installed on the front wheel hub and adds only 12 pounds (5.45 kh) to the overall weight of the bike. This unit can be easily turned on using a special controller mounted on the handlebar that also includes a small display showing you the battery level.

However, the battery level isn't one of the aspects you should care about as it's based on Toshiba’s Super Charge ion Battery (SciB), one of the most advanced battery technologies nowadays. According to information given by the bike manufacturer, the 24V battery, which by the way has a power of 5Ah, should provide at least 2000 cycles.

Other highlights include a traditional frame styling, which makes the bike compatible with most accessories available in the market, Schwinn suspension with one piece alloy lowers, Shimano Revo 7 speed twist shifter and alloy wheels with 36 holes.