Schwarzenegger to Hold the Opening Speech at SAE World Congress 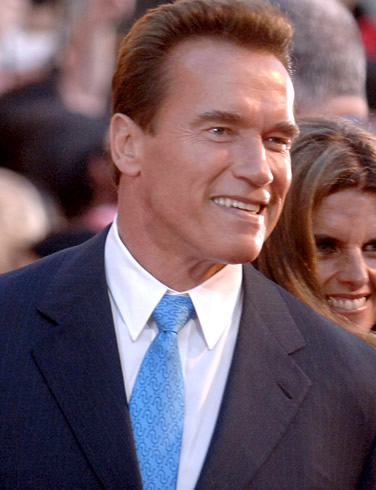 Given his shown interest in greener vehicles, California Gov. Arnold Schwarzenegger was asked to hold the opening speech at this year's Society of Automotive Engineers (SAE) World Congress in Detroit on Monday, April 20, Autonews reported. The theme of this year's SAE conference is "Racing to green mobility".

Schwarzenegger was invited to be the opening speaker at the SAE World Congress because of his accomplishments in the environmental policies. His most known accomplishment is the Global Warming Solutions Act of 2006 - a bipartisan agreement to fight against global warming by reducing California's greenhouse gas emissions. More importantly, the "Terminator" star has approved investments in improving California's infrastructure through his Strategic Growth Plan. His effort to fight against pollution includes also the Hydrogen Highway and Million Solar Roofs Plan.

"He is a leader within the green movement, and California has been out front," David Schutt, SAE's COO explained. "Much of the country has taken their cues on these important issues from our nation's most populous state. I am sure that Gov. Schwarzenegger will offer a unique and well-informed opinion on these topics," Schutt added.

Schutt believes that  Schwarzenegger will warn the nation about the environmental problems the world is confronting with.

"As a global community of automotive engineers, we are facing monumental challenges that are complex and far-reaching. These challenges will impact our energy resources, our environment, our economy - and our future," said Masaaki Kato, President, Honda R&D Co., Ltd., who is the General Chairman of the event.

The governor-actor was last week in Europe for the technology trade fair in Hanover, Germany, where he spoke  about the importance of investment in environmental technology. Since he was around, Arnie has visited the Geneva Motor Show to see the newest models that have appeared on the market, without ignoring older models that were worth paying attention to.