1 Lauda: "Bernie Should Pay Schumacher Half His Wages!"

Schumacher to Earn 1M Euros Per Race in 2009 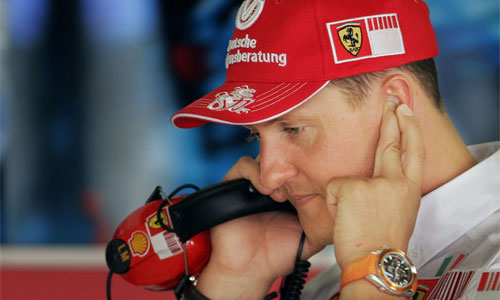 After the Spanish newspaper Diario AS issued a report last week suggesting Michael Schumacher will be paid approximately 3.2 million euros per race by Ferrari to replace injured Felipe Massa, it was the German media's turn to start some speculations of its own.

According to the latest report from German daily Die Tageszeitung, Schu will allegedly receive as much as one million euros per racing weekend this season. With Felipe Massa likely to miss out on the entire 2009 season, the 40-year German driver will therefore fill his accounts with approximately 7 million euros.

In addition, the aforementioned source revealed Schumacher will also renew his contract with the Maranello based Scuderia, due to expire at the end of 2009. It's a well-known fact that, soon after retiring from the sport at the end of 2006, Schu continued with Ferrari as an advisor for grand prix racing.

According to Die Tageszeitung, that 3-year deal between the German champion and the prancing horse was worth some 5 million euros per year, and is to be renewed soon after the Abu Dhabi finale in 2009.

That was actually the reason why Schumacher's long-time manager Willi Weber has travelled to Schu's home in Switzerland during the course of last week. Apart from being asked to make up his mind on his potential F1 return, the 7-time world champion was also to decide on his future commitments with Ferrari.