Schumacher to Collect 19,000 Euros/Month in Rent 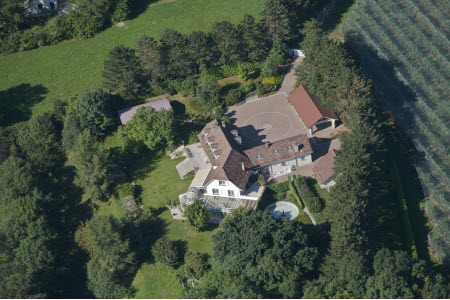 Michael Schumacher might have had plenty of trouble selling his old Switzerland mansion in the recent months, but it turns out it can bring the former 7-time Formula One champion some important sums of money per month while rented.

Having already moved to a new house, still in Switzerland (custom-built mansion), the former Ferrari-an has tried to sell his old property in Gland for a few months now. He initially purchased the house back in 1998, his third year with Ferrari, but no information was revealed on the selling price he was going after this year.

The one thing that's certain is that Schumacher did not find a proper buyer. Consequently, he turned to the rental market, and apparently already secured a deal in recent weeks. The information was disclosed by Switzerland newspaper Tribune de Geneve, who reported Schumacher will collect in excess of 19,000 euros (CHF 29,000) per month, in rent.

Also, the house is surrounded by no less than 13,000 square meters of land, including a forest on one side and a “curtain” of trees on the other side of the house, separating it from a series of vineyards. Also, public transportation is available, as the house is positioned some 5 minutes of normal speed from the autoroute.