1 Schumacher Negotiated F1 Return on His Own

2 Schumacher to Meet Manager in Stuttgart

3 Schumacher Will Continue to Train for Potential Return

4 Weber to Organize Memorabilia for Schumacher's Return
Car video reviews:
Up Next 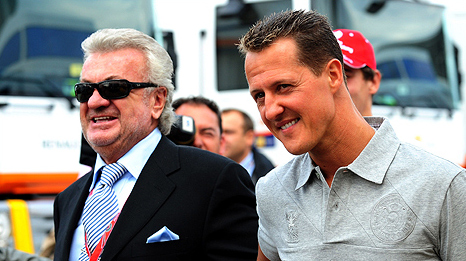 Not only Lewis Hamilton, but also 7-time world champion Michael Schumacher will change his management prior to the start of the 2010 Formula One season. The German driver is yet to comment on this piece of information, but it seems his long-time manager Willi Weber will no longer represent the 41-year old racer in F1 from now on.

According to German language reports and Sponsor News, his position will be taken by long-time media manager and spokeswoman Sabine Kehm, who will head the career of her new client from an office in Geneva.

Although the 67-year-old Weber has been by Schumacher's side for his entire racing career – being the man who brought the German into Formula One – he was not involved in Schu's negotiations with Mercedes GP for an F1 return. The German did the talking all by himself in the late months of last season, therefore depriving Weber of a pretty consistent bonus.

Nevertheless, the same publication from Germany insisted that Weber and Schumacher will not part ways before the 2010 season, as the former will fully retain his position within the German's management. However, from now on, his main focus will become the merchandising side of the business.

In the meantime, he'll continue his driver-representation role in motor racing with Williams' new driver Nico Hulkenberg, with whom he has been working since the beginning of his short racing career. The German driver will partner veteran Rubens Barrichello at Frank Williams' team this season, after signing a multi-year deal with the Grove based team at the end of 2009.