1 Schumacher Signs New Manager for 2010
Car video reviews:
Up Next 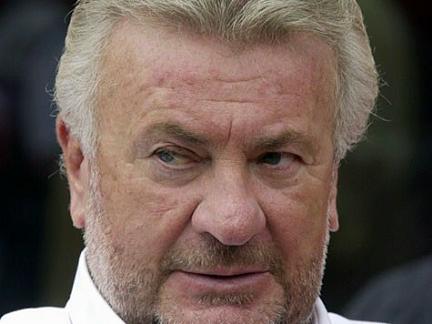 Willi Weber may be a successful racing manager – as his collaboration with Michael Schumacher is sole proof of that – but the German is certainly experiencing some tough times outside the world of Formula One these days. Actually, his problems with the law have quite a history, as the German is currently on probation for a his involvement in a fraudulent bankruptcy matter two years ago.

Back in 2008, the 68-year old manager was found guilty by a German court of “moving money and assets from a merchandise company and then declaring it insolvent,” as reported by the GMM news agency. Luckily for him, he was not jailed for his wrongdoings, but escaped with a probation period and a high fine.

According to German publications Express and Speedweek, it seems Weber is again due to appear before a German court to defend himself in “related matters regarding the fraudulent bankruptcy of the 'Pole Position Marketing' company.”

“The court will objectively examine the accusations, and I am convinced of a positive conclusion in my favor,” Weber is quoted as saying by the aforementioned sources.

If found guilty once again, Weber is looking at jail time.

Earlier this year, Weber was demoted from his position of manager of Michael Schumacher – after a long period of time with the 7-time world champion – in favor of Sabine Kehm. However, he continues to run the marketing aspects of Schumacher's career in F1.