1 Schumacher Is No Quitter - Manager 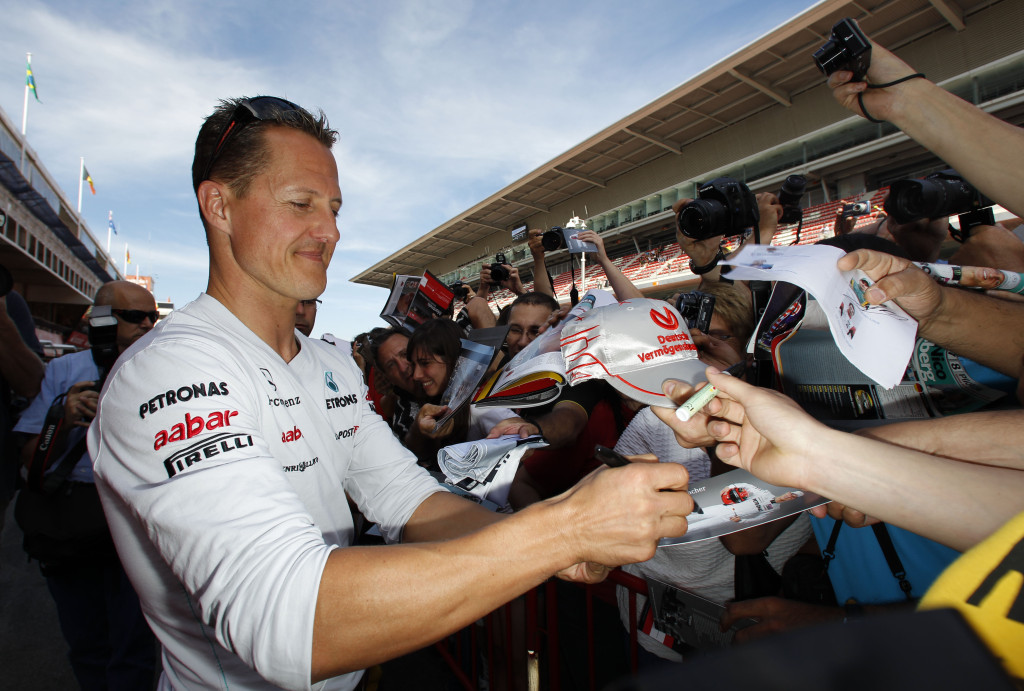 Michael Schumacher responded to his critics prior to the Spanish Grand Prix this weekend, telling the media that he will most definitely not give up on his dream to win the F1 title at comeback.

Following a disappointing start of the 2011 Formula 1 campaign, during which he continues to be constantly beaten by younger teammate Nico Rosberg, Michael has been criticized for lacking the motivation and pleasure of driving an F1 car to victory. Even his most vocal supporter Bernie Ecclestone admitted disappointment over the form showed by Schu in recent months.

However, heading to the second race in Europe this season, the 7-time world champion addressed the criticism in some interviews with the press, saying that he is trustful he'll improve in the 2011 campaign to a point his fans will be proud of him.

“I can understand the disappointment of my fans,” said Schumacher, talking to Germany's Bild newspaper. “And I can promise them that we are not giving up on working flat out to race at the front. The motivation is still there. After every storm the sun comes out again.”

Talking to Auto Motor und Sport, he added that “nothing has changed. Of course, you don't like criticism, but it's something I've experienced many times.” Additionally, he played the irony card in reference to the criticism coming from the media, saying: “Actually, I am a little bit proud. I feel honoured that I am still so interesting to the media.”

In the 4 races that went down in the 2010 season, Schumacher recorded one DNF and only 2 point-scoring classifications (8th and 9th places), crossing the finish line once outside the Top 10. He is placed 11th overall, 14 points behind teammate Nico Rosberg.