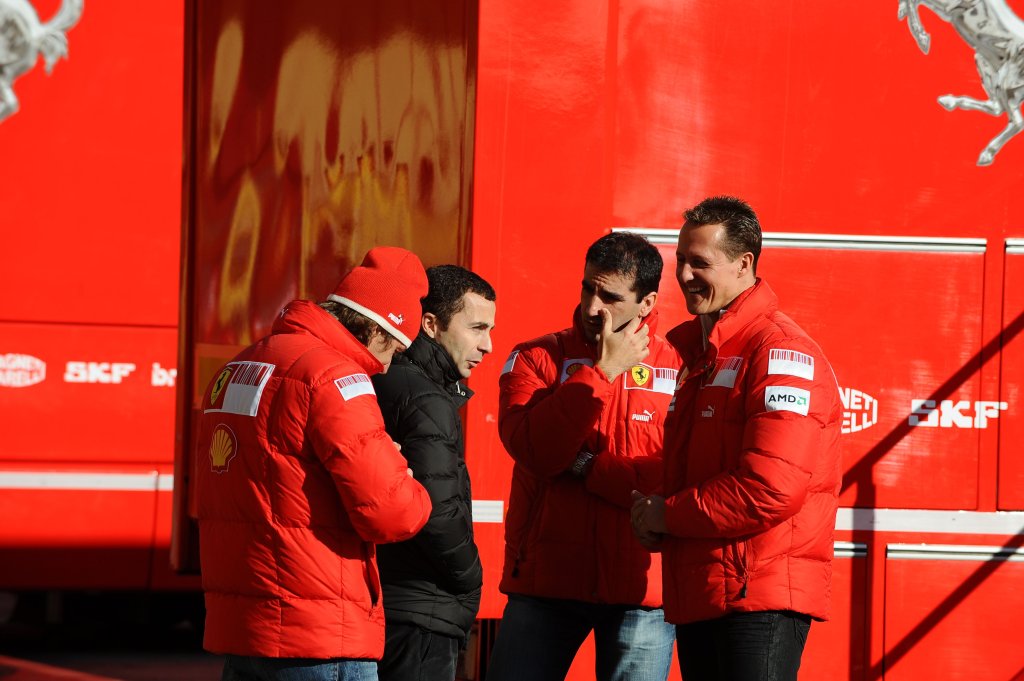 With the introduction of slick tires in Formula 1, one thing is certain. Michael Schumacher's aid will prove decisive in the Scuderia's drivers learning process on how to master the new elements in 2009. Due to the German's extensive experience with slick tires, the number of testing and evaluating hours with the Scuderia will only increase.

Present at the unveiling of the new Ferrari F60 car for the upcoming season, team principal Stefano Domenicali stressed the importance of Schumacher's role with the Maranello team during this season of change.

“Michael is the only one with experience with slick tires and, together with (test driver) Luca Badoer, he will give an important contribution,” revealed Domenicali the other day. Schumacher also participated at the event.

The 7-time Formula 1 champion has had a key role in testing the new compounds throughout the course of last year, posting some remarkable lap times along the way. He also hailed FIA's decision to re-introduce the slick tires in the series, a decision that will make driving more fun to most competitors.

“It was obviously interesting because they have lots of grip and they are very different. It was fun. I quite like to drive these slicks,” Schumacher admitted following a slick-tire testing session with the Scuderia in April 2008.

The slick tires were last used in Formula One back in 1997. However, due to safety reasons – mainly to reduce cornering speed inside Formula 1 – the international body decided to ban the tires and replace them with the grooved compound. From the current pack of drivers, only Giancarlo Fisichella, Jarno Trulli and Rubens Barrichello (if included in the 2009 entry list) have raced on slick tires in Formula 1.