4 Sberbank Confident Magna Will Buy Opel This Week
Up Next

Nissan – Made in Russia, Courtesy of AvtoVAZ 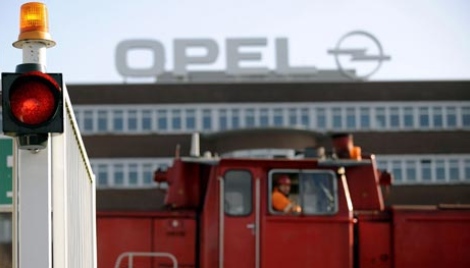 While Magna International denied entering negotiations with Chinese carmaker Geely over a potential sale of an Opel stake, Sberbank has already confirmed that it intends to sell its share to a Russian partner. Together with Magna, Sberbank will gain control of a 55 percent stake in Opel, while General Motors, the current owner of the German unit, will retain a 35 percent stake.

Sberbank said in a statement that its very own share in Opel could be sold to another state-run bank in case it doesn’t find a Russian carmaker to serve as its industrial ally, Reuters informed today. The news has been confirmed by Sberbank's CEO German Gref who added that VEB is the most likely to receive its stake in Opel.

During negotiations for the controlling package in Opel, Germany demanded Magna to retain the acquired stake and to refuse selling it to another party, in spite of rumors that General Motors could buy back the company after the restructuring process is finalized. Curiously, this is not the case of Sberbank who is allowed to sell its Opel share without the need of other shareholders’ approval.

"According to the terms of the deal, we have a right to sell our stake without any consultations with other stakeholders to GAZ and VEB bank," Gref said.