A futuristic city-state called NEOM is currently being built in the Tabuk province of Saudi Arabia, and it will include an unusual octagonal-shaped urban center meant to become a revolutionary logistics and manufacturing hub, operating entirely on clean energy. A Norwegian company has partnered with the Al Misehal Group in Saudi Arabia, to start producing hydrogen fuel cells in the Oxagon Industrial City.

TECO2030 and Al Misehal Group have agreed to establish a joint venture that will operate in the Kingdom of Saudi Arabia (KSA). The Norwegian company will produce fuel cell stacks at its Innovation Center in Narvik, and then fuel cell modules will be manufactured in KSA, most likely in the Oxagon city. The final modules are set to have a power output of 400 kW and to be used for maritime and heavy-duty transportation applications.

“We look forward to working with TECO2030 on the fuel cell deployment in KSA to manufacture heavy-duty hydrogen fuel cell units and transfer knowledge to the local workforce in the OXAGON Industrial City within NEOM,” said Adnan Al-Misehal, Al Misehal Group Chairman.

This futuristic logistics hub will integrate airports, rail systems and a port, and will focus on sustainable energy and autonomous mobility. In addition to being entirely powered by clean energy, it’s also supposed to implement the most advanced manufacturing technologies, including Artificial Intelligence and human-machine fusion. At the end of last year, KSA officials were announcing that the first tenants within the Oxagon industrial city were expected as soon as 2022. Another pioneering project within the NEOM city-state was also introduced last year – the Line is a linear urban community with an underground logistics system and no cars allowed on the surface.

TECO2030’s Innovation Center was also recently launched, claiming to be the country’s first large-scale hydrogen fuel cell production facility, a culmination of the company’s work related to sustainable solutions for the maritime industry. This new agreement is a big step not only for the Center’s fuel cell production, used for heavy-duty applications as well, but also for Norway’s hydrogen fuel cell export. 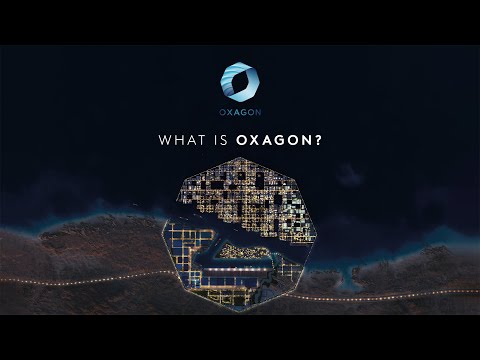