Although there does not seem to be any kind of battles being waged during the “Clash” music video, we could say that maybe it’s all about mentality – and worlds colliding. After all, this could very well be the epitome of the well-known “work hard, party harder” culture trope. Or, at least, the Aston Martin version of it, complete with rappers, ladies wearing factory attire in the most irreverent ways, and lots of its ultra-luxury and high-performance cars.
16 photos

British rap artists Santan Dave and Stormzy got a helping hand from Aston Martin Lagonda for the music video of their new single titled “Clash.” Of course, this could turn into an understatement, considering there’s a big herd of supercars featured all over the place. But we’re cool with that... as they say.

So, Aston tells us that “British automotive stars met British rap artists (...) for the highly anticipated new single,” which is the first collaboration between “two of the heavyweights of the British music industry.” For us, it’s the automotive background that matters the most – although we easily understand the ladies skimpy outfits: it’s summer, remember?

Now, back to serious business. A Mercury Music Prize winner, Santan Dave is not only an Aston Martin owner but also the voiceover behind the introduction of the Aston Martin Cognizant Formula One Team’s new AMR21 Formula One car. In return, the British allowed him to use places like the Aston Martin Headquarters in Gaydon and its Silverstone facilities for this brand-new single.

And there are plenty of highlights that showcase the Aston Martin star power. Such as the walk along the inspection line where no less than 20 Vantage F1 Editions are eagerly awaiting the go-ahead for high-performance shenanigans.

Or the (higher) action parts taking place at the Silverstone facility and on the Stowe Circuit (which is just next to the Grand Prix track). There, both stars have a peek at the raw power of the Aston Martin DBS and Stormzy even takes the wheel for a quick spin alongside the V12 Speedster. Not bad at all... 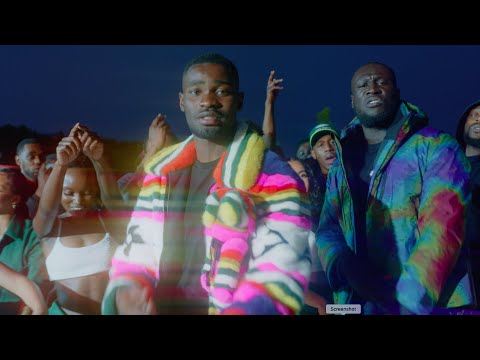