1 Road Traffic History - Before the Streets Got Swamped 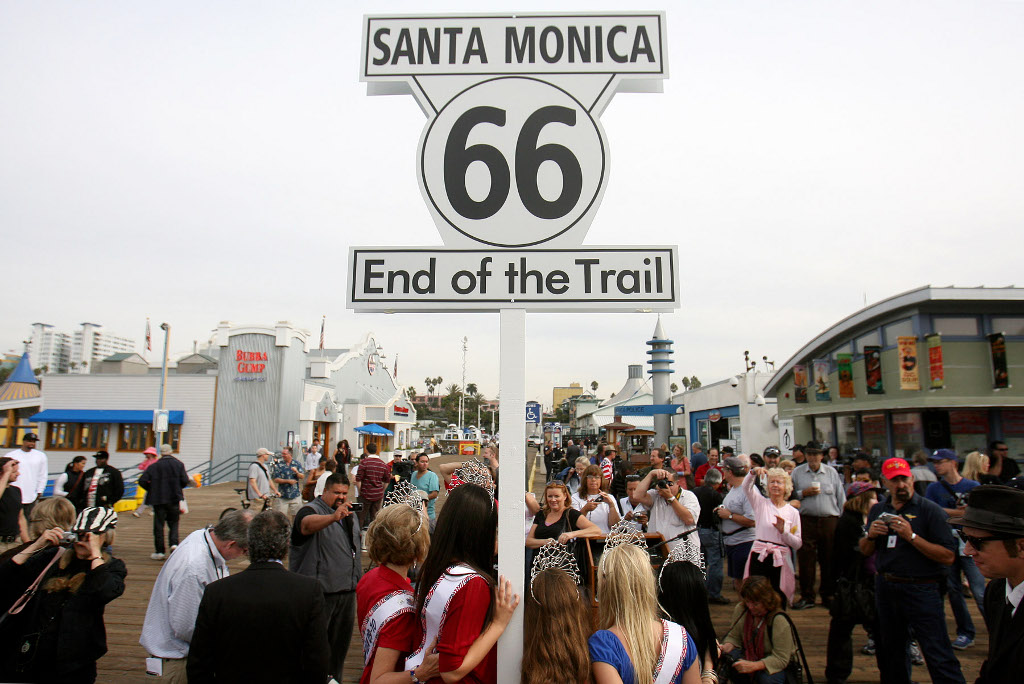 Route 66, the highway from Chicago to Los Angeles, was established 83 years ago, representing the freedom to travel across the American West. Also known as Mother Road, Route 66 never fully extended to the beach in Santa Monica. However, earlier this week, the Santa Monica Pier was designated as the official Western Terminus of Route 66.

The highway's original end point in 1926 was at 7th Street and Broadway in downtown Los Angeles, according to Glen Duncan, president of the California Route 66 Preservation Foundation. A decade later, the road was extended to Olympic and Lincoln boulevards in Santa Monica, the LA Times tells us.

“This Veterans Day marks the 83rd anniversary of Route 66, and we are proud to on this day unite the nation once again from Illinois to California by commemorating the national link the ‘Main Street of America’ delivered so many years ago,” said Jim Conkle, chair of the Route 66 Alliance.

“We believe that unveiling this sign at the iconic Santa Monica Pier today will resonate deeply with those across the country who are passionate about the roadway’s enduring legacy.”

The ceremony was preceded by a motorcade of 66 vintage cars and motorbikes that drove the final western sequence of the highway, beginning at Santa Monica Blvd. and Lincoln Blvd. and ending on the Santa Monica Pier.

Also in order to commemorate the event, Santa Monica tourism officials and representatives of Route 66 organizations unveiled a replica of the "End of the Trail" sign.

"Isn't that what it's all about? I recognize the past, but I'm living in the present and the future," added Conkle. "All these places need to have business, and these people want to come here, and so that's what we're providing them."