2 Bahrain Testing Affected by Fog
Car video reviews:
Up Next

Sandstorm Ruins Another Test in Bahrain 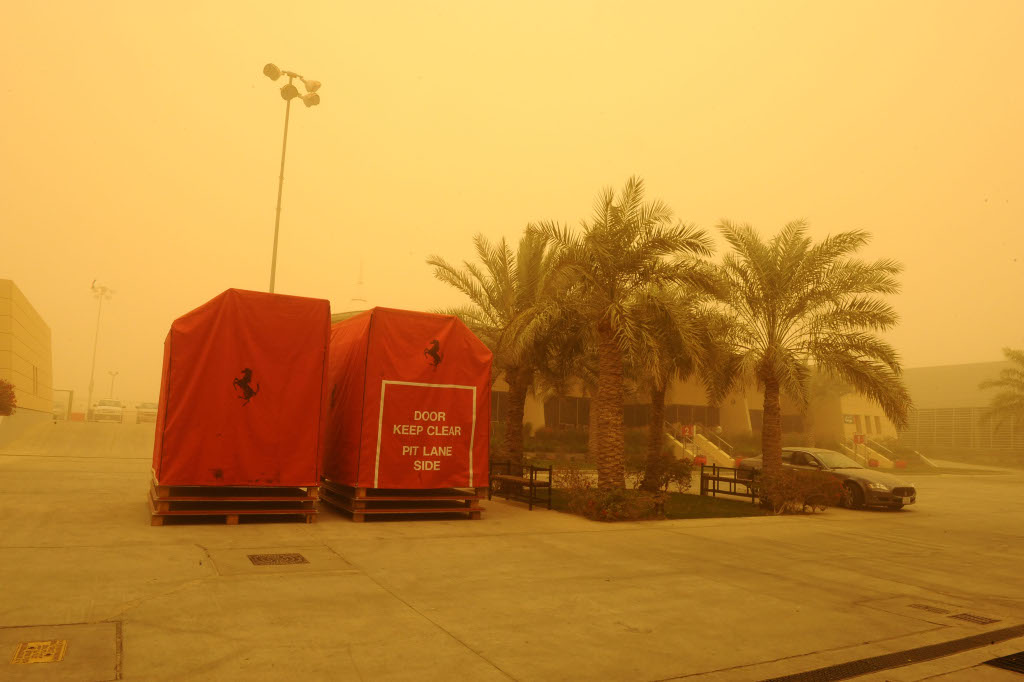 Ferrari, BMW Sauber and Toyota received another blow on Thursday, as their testing programme in Bahrain was affected once again by a sandstorm. The helicopter that was supposed to intervene in case of an emergency during the morning testing session did not take off due to the bad weather, leading the circuit official to red-flag testing for the 3rd day running.

According to a statement released by the Ferrari site, “even today the wind and the sand led to scarce visibility on the whole island and not even the medical helicopter, which has to be at the track in case of emergency, could start. Therefore it is impossible to go out on the track, because the FIA safety conditions aren't met.”

Kimi Raikkonen, who was to replace Felipe Massa in the Ferrari F60 for the today and tomorrow testing sessions, was only able to complete one installation lap before heading back to the pits. So did BMW Sauber's Robert Kubica and Toyota's Jarno Trulli (who was to replace Timo Glock). The latter expressed his disappointment with the weather conditions, as this is the second disrupted test for the Italian this year.

“I've never seen a sandstorm in the desert before so this is a new experience for me. It's obviously a pity that we have been stuck in the pits both yesterday and today. I went out for one installation lap in the morning and the track was covered in dust. My first test in Portugal was also heavily disrupted by the cold and the rain so I'm itching to have a real run in the car. Hopefully tomorrow we will be able to do more work,” said Trulli.

The afternoon session will most likely be cancelled too, as the track will need be cleaned up before the cars could resume testing. Tomorrow will be the last day of testing at the Sakhir circuit this week, with another 4-day meeting scheduled for next week.