5 Tesla Rolls In Battery Swap Program This Week
Car video reviews:
Up Next

2016 Opel Astra ST Spied Again, We Can Show You How it Will Look Like

If you were to take Nissan’s word, you could drive for 84 miles (135 km) on a single charge with the Leaf EV. However, speed, topography, load, and accessory use can affect that range. How about an electric bicycle that could have a similar range, instead?
1 photo
As we observe the automotive industry growing its e-branches, there is still little talk about its two-wheeler counterpart. OK, we get to buy cleaner cars, we get better range EVs from one year to the other, but what happened to the bicycles? After all, it’s not just the air pollution that bothers the city life, but the crowd, the agglomeration. You probably saw all the videos when they take a car out a parking spot and put bicycles instead; the numbers are quite impressive.

Nevertheless, e-bikes may come as a solution, but reach remains an issue. Even that is about to change, apparently, with the largest lithium-ion battery maker on the planet having huge plans for it. Samsung SDI, which is the South-Korean company’s renewable energy branch, has recently unveiled a new battery pack that could be quite the game changer.

The company has revealed a 500Wh e-bike Li-Ion battery pack that can run for 100 km on a single charge. We’re talking about a 62 miles autonomy that is not something you can ignore. According to Green Car Congress, Samsung SDI is exhibiting six types of standardized battery packs that can either be built inside or installed on the outside for immediate use.

They also unveiled a battery pack product equipped with 21700-type batteries, noted for their upgraded energy capacity compared to previous cylindrical types. The model can have various applications other than e-bike, such as electric gizmos, like laptops for instance.

The new type of battery is expected to become the new standard in small cylindrical battery usage. With the constant growth of e-bike manufacturing, this may turn out to be a game changer, which will eventually affect the automotive industry too. 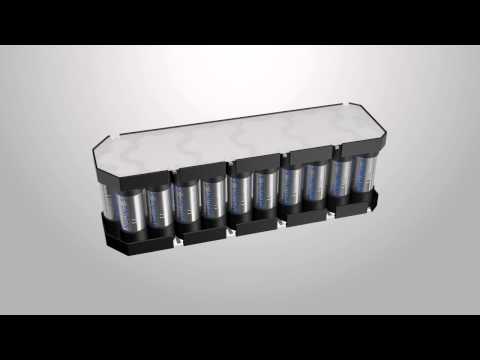