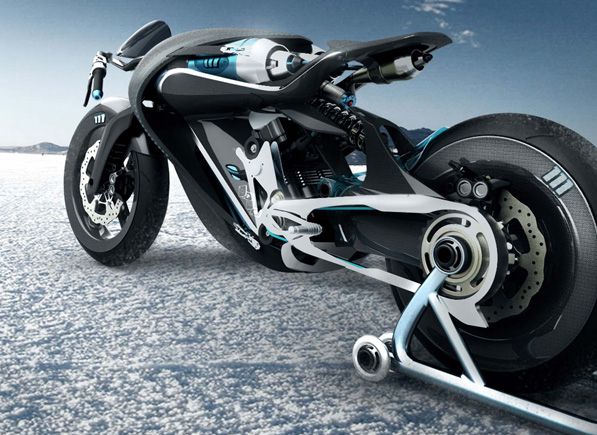 Time and again, autoevolution brought to your attention all sorts of car concepts created by more or less talented designers and design students. Very rarely though, or should we say almost never, did we present any concept of a motorcycle. Simply because, apparently, bikes aren't as attractive for wannabe designers and, as a consequence, they aren't as many to go around.

However, after having seen the Saline Bird concept, we instantly thought the wait has been worth while. Because if beauty is to be the only element a motorcycle should be judged by, then the Saline is a definite hit.

The concept is the result of hours of hard work from not one, but a group of more or less experienced designers from the ISD of Valenciennes (France): Charles-Edouard Berche, Ugo Spagnolo, Adrien Fuinel, Frederic Dobbelstein and Jean-Philippe Paries.

The motorcycle has been designed as a race bike, powered by a compressed air engine. The bike has been build around a carbon fiber frame which is shaped in such a way that it makes the rider sit in a position similar to that of a speed skier. The designers say that this attribute makes for better aerodynamics.

Probably anticipating the emotion their design creates among bikers, the authors of the project have created it in such a way that, by simply replacing the handlebar, the Saline switches from a race bike to a street one. In addition, the removable leather skin panels can transform into a naked freak.

According to Car Body Design, the Saline Bird has been created by the group of students as their final project for the year. If that's the case, we have no doubt they managed to achieve their goal.