1 UK Millionaire Parting With His $40M Toy, a Performance Beast Disguised as a Family Yacht

4 Seized $600 Million Sailing Yacht A Is Out of Dry Dock, No Explanation Given

Even against today’s stunning backdrop of performance yachts, superyachts and megayachts, Shenandoah stands out. It is one of the most iconic sailing yachts in the world, and one of the few surviving vessels with such a rich history and impressive portfolio of achievements and adventures.

Shenandoah has lived, as reads its long description on the official website (yes, it has one of those). It has lived a life of adventure and turmoil. It sailed the world, circumnavigating the earth several times, cruised in icy waters, in the Med, and even into Africa, it was the hangout of royals and celebrities, and of the richest playboys and their ladies, it was used for smuggling drugs and guns, and was left to rot two separate times, coming very close to being sent to the junkyard.

“More than 100 years ago, one man had a dream of sailing around the world in a vessel so stunning that it would make people on land stop open-mouthed to watch it glide past them, a vessel so unique that every day on deck would make him wish that he was nowhere else on earth,” the same description reads. “Stories are not just something we tell our children, the best ones are alive. Shenandoah is one of those stories. She is a dream that came true.”

That sounds like a lot of fancy words for a boat, but Shenandoah is anything but a regular boat. If only you consider the fact that it was delivered in 1902 or the more spectacular fact that it is still sailing today and has been restored almost to its original specifications, Shenandoah emerges as a true dream come true.

The man with the dream was American investment banker Harris Charles Fahnestock, who wanted a vessel that he could spend his retirement on, but that would also attract attention for its looks and performance. Shenandoah was delivered in 1902 and was built at the Townsend & Downey Shipyard in Staten Island, New York, with a naval architecture and exterior design by celebrated designer Theodore Ferris, and interiors by Terence Disdale Design.

With a steel hull and a wood superstructure, and inspired by sister ship Meteor III, which was under construction at the shipyard for the German Emperor and King of Prussia, Kaiser Wilhelm II, Shenandoah started out as a three-masted topsail schooner. Subsequent refits and rebuilds along the years have turned it into an ordinary schooner, once the topsails were taken down.

With a total length of 54.4 meters (178.3 feet), Shenandoah has sailed under different names, depending on ownership, but now bears the original name, Shenandoah of Sark. Its last refit was in 2018, following its complete rebuild in 2005, and many of the elements onboard are original, but the electronics, the engines, and the navigation system are all modern. The current owner, Italian businessman Francesco Micheli, has also installed a state-of-the-art audio system and brought in a Steinway & Sons baby grand piano in the dining room below deck.

Shenandoah can sleep up to ten guests and holds a permanent crew of 12 people, which captain Russell Potter described in an interview with Boat International as the ship’s most impressive asset. The main deck holds the cockpit with the original wheel, a large dining area that can be opened completely, and the toys for watersports and tenders. With the sails down, it also boasts plenty of lounge and tanning space, including at the bow, where netting extends over the hull.

Below deck is another dining room, with a self-leveling three-piece dining table, built-in furniture, the Steinway piano, bookcases, and a level of sophistication and elegance you’re unlikely to find on any recent built. There are three guest suites with en suite bathrooms, and the master cabin, which also features an office, sleeping quarters for a child, and a bookcase with a secret passageway to the nav station and the captain’s quarters.

Each room below deck has natural light from overhead skylights, manually operated to open and allow proper ventilation. The porthole windows, few as they are, become submerged when the vessel is at keel when sailing, providing an unparalleled view underwater.

While it’s a sailing yacht that’s been raced as one countless times throughout the years, Shenandoah features two diesel Lugger engines of 500 hp each, which give it a top speed of 12 knots (14 mph / 22.2 kph) on engine power alone, and a cruising speed of 10 knots (10.5 mph / 18.5 kph). It wasn’t originally designed with engines: gas engines were first added under the ownership of Sir John Esplen, after it was seized by British authorities at the end of World War I from German aristocrat Landrat Walter Von Bruining.

Shenandoah has seen two World Wars, extended periods of disuse and decay, and periods of glory that few other vessels can boast of – and that are still sailing today. It is a window into a glorious past much like a museum piece, with the exception that it’s not on display but it is still being enjoyed as it was meant to. It’s a beautiful piece of naval design and a piece of history, and the perfect combination of poetry and performance. Again, that might sound like a lot of overdramatic bull, but the video below, showing Shenandoah of Sark in action, will show you that it is not. 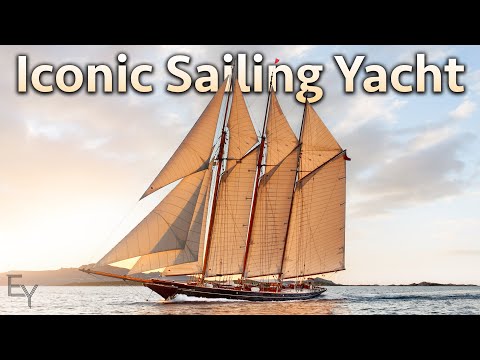 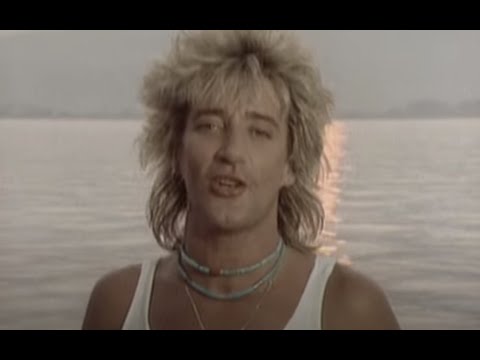