4 Saab Should Be Left to Rest in Peace

Instead of a quick death, our favorite Swedish brand was steadily ruined over two decades at the hands of General Motors. This Saab story shouldn't be a sob story, but have tissues ready!

Saab's Swan Song Was Stranger Than You Remembered

“Svenska Aeroplan Aktiebolaget”, or the Swedish Aircraft Company, was formed in 1937 to protect the nation against Russian invasion. They never could have guessed the invasion would come from the west, and the General of Motors led the initial attack in 1989. After spinning off the aircraft division, GM purchased 50% with an option to go all-in during the next decade.

Badge Engineering is an American concept where one automaker can sell a dozen examples of the same model at different locations and prices. While it works well for domestic transportation, trying to take it worldwide proved to be a fatal mistake. Looking back, someone should have seen the warning signs. This was the era of the Geo Storm and the Chevy Prizm, so what could go wrong?

After their initial investment of $600 million, GM began working on a new flagship model for the brand. It would be a second-generation of the iconic Saab 900, a car still coveted by collectors around the world. Introduced in 1994, it had great looks and a homegrown powertrain, but it shared the same GM290 chassis used by Saturn and Opel. After offending loyal customers, they scrambled to introduce over 1,100 upgrades, while addressing quality issues along the way. It was so bad they quickly replaced it with the first-generation 9-3 in 1999.

With everything seemingly figured out, the success of the 9-3 prompted GM to buy the remaining 50% of the company. Seeking to leave compromise in the dust, an all-new 9-3 arrived in 2002, but nobody could foresee that it would be their last production model. It had all the style and safety anyone could ask for, along with a manual transmission and convertible options.

It would have been logical to follow this with a wagon version, so GM made a logical choice to slam Saab bagdes on the Subaru Impreza wagon. Sweden and Japan are on opposite sides of the earth, but a wagon is a wagon, right? Seeking to offset the weight of Saab’s active safety systems, many of Subaru’s metal parts were swapped for plastic, offending fans of both brands in the process. A combination of steering from the WRX, along with soft suspension tuning, made the 9-2 an expensive, quirky car that nobody asked for.

Gasoline prices jumped from $1.59 to $2.59 between 2004 and 2006, and it's one of the leading contributors to the Great Recession. Instead of cutting back on gas guzzlers, GM decided to apologize for the 9-2 fiasco. So, instead of an economical Saab, they gave us a luxury example of the Chevrolet Trailblazer SS called 9-7X. As the sixth iteration of the GMT360 chassis, it looked nearly identical to the Buick Ranier, Oldsmobile Bravada, GMC Envoy, and the Isuzu Ascender. Nevertheless, GM priced it just under the Escalade to make sure nobody bought it.

These back-to-back disasters prompted GM to label Saab as “under review” in 2007. Making this internal issue known to the public not only scared new customers, but it also made potential investors look elsewhere. The only upside was that it kept Saab functioning without the abrupt end of Pontiac, Oldsmobile, and Saturn. Christian von Koenigsegg announced his intentions in June of 2009, but he backed out four months later, after realizing Saab’s only profitable model was the 9-3, which was 8 years old.

Spyker’s CEO Victor Muller got some friends together and announced big plans for 2010, with a goal of making 55,000 cars. Burning through cash, they only assembled 31,696 examples, because the bills weren’t being paid. Nevertheless, Muller sold Spyker cars to focus on Saab, while many white-collar workers went without pay. The last hurrah was from 600 examples of the new Saab 9-4X. Built in Mexico by GM, they were essentially a Cadillac SRX with a higher price tag.

On October 28th 2011, two Chinese automakers stepped up to offer $140 million for Saab. But after only three months, GM returned with a vengeance. They didn’t like the idea of a Chinese company gaining access to their IP, so Saab lost the rights to GM’s patents. American production ended in December of 2011, and the last 47 cars were "Independence Edition" 9-3 cConvertibles (2012).

Ironically, most of this technology originally came from Saab, but they became GM property during the 2000 takeover. Currently owned by the Chinese Evergrande group, their 2021 insolvency is just another nail in the coffin. Tell us your dreams of a new Saab in the comments, and stay with us for all your Swedish auto news. 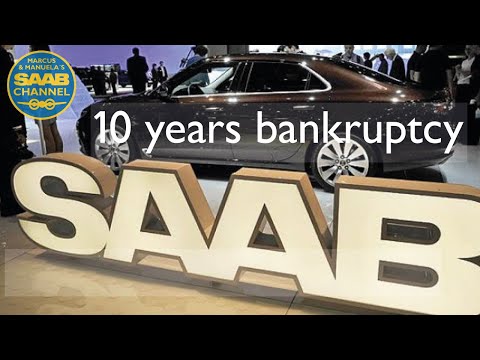